To begin, "We survived the end of the world" I didn't believe it would happen but we did experience a powercut(exactly as me and one of my friends had joked would happen). At that point, I thought it was real.

Some people prefer to stand out and some prefer to find a space in the background. I would say I'm not shy around people I know or in a situation I'm comfortable in but with people-even classmates-who I don't know well, I feel uncomfortable. I like to achieve in school and get high-marks, a sure perfectionist. My work has to be neat or it faces being thrown into the bin by a stressed-out thirteen year-old. I like being singled-out to take up an opportunity in school but in other circumstances I could break-down. If there's something I'm definitely not, it's confident. Unlike others, I do my best to stay in the background unless It's for something that no one will find 'nerdy'. I've been name-called in school and it definitely knocks your confidence.

I keep quiet in lessons, head down, do the work and engage in the occasional whisper to a friend sitting next to me or turning around to quickly chat to someone behind me. Passing a piece of paper around to have a conversation but not dragging a teacher's attention towards us. Even digging in my bag and taking out a book to read. While others, they show-off and be rude, act a lot younger than they are just to become the class-clown and raise their popularity. They are the one's who want to stand-out. Who don't care what the teachers think of them, or about their levels, or frankly what their friends think: all that matters is that they are getting noticed by the group that are 'most well-known' or 'cool' 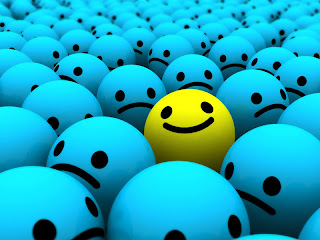 * In every school, there is this group that feel free to look down at us. The 'nerds' or 'geeks' who prefer to stay on the sidelines, prefer to sit down and read or pick up a pen and doodle. Or who are generally just quiet. Some of us just don't want to be put 'out there' or be 'different'. I admit that, I just want to be the same. Whilst most people would adore the idea of wearing their own-clothes to school instead of uniform, I'm happy just wearing the same as others. Another excuse to not be forced into standing-out. If you do excel in something, especially if you are smart, it makes you stand-out. Something is wrong with our communities when being smart or having a talent that is not being an amazing singer, gets you noticed by your peers for all the wrong reasons. Why can't you stand-out, for having a talent, and be recognised for good reasons? As if you have a talent you have to celebrate it!

Sometimes, it feels like I've been too quiet. That I should speak-up in other situations so my opinion comes across. It's good and bad to stand-out because in the future, it's going to be the only way to get work or earlier than that, be offered a place in college or university. People who are noticed, they're not afraid to be their selves. Is it that I'm not comfortable with who I am? I'm not sure but I think it's more the lack in confidence and the fear of standing up for myself. It's not something to be teased for though because you do find this a lot. That the people in the class who are naturally quiet will get targeted. That the people who stand-out for being smart will get name-called. The people who are arrogant seem to think if they stand-out they are above us so can talk to us like they are.  I just prefer to stay in the background at times. Simple enough.

I prefer to stand back when possible but then be recognised for the good things. I'm not confident, never will be, but I would like to be able to share the fact I love books and want to be a writer without being sniggered at. Using a good book quote "There will come a time when you have to take to the dance floor" - The Perks of Being a Wallflower.  But at the moment, I'm happy being a 'Wallflower'.  Who still hasn't seen the film despite how many times she has seen the trailer.

*The picture used in this post does not belong to me*

Is standing-out from the crowd a good thing?
Do you prefer to stay in the background at times?
Comment Below!

Email ThisBlogThis!Share to TwitterShare to FacebookShare to Pinterest
Labels: My Opinion, Standing out