Ramblings: Buried in a Book for Years

A quick apology for my latest lack of posts. I'm back to the revision...
After reading Ruby's post on how Harry Potter has been more than half her life, I got me thinking about what books I've been reading since I had the day-dreams of becoming an author. It all goes back to Enid Blyton and Jacqueline Wilson, my first memory of finishing a book being Enid Blyton's 'The Naughtiest Girl in the School'. Along with constantly reading "The Secret Garden" throughout this time. 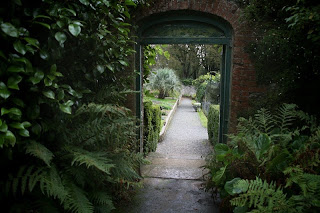 I can't really remember a time when I haven't visited my local library. It's a habit to walk through the doors on my way home from school, and to spend time after time hunting down my missing library card. Also, you will know if you have been reading this blog for a while that it's not unlikely for me to come home with a pile of books under my arm from the odd school book giveaway, or yet another trip to the library. My love of books is also there when I look back on past Christmas' and realise I've always had books from gifts. Jacqueline Wilson books have been a must-have for three years, and before that I hunted down whatever I could find. 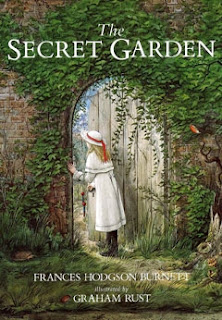 The first books that really made an impact on me were 'The Secret Garden' by Frances Hodgson Burnett and 'The Naughtiest Girl in the School' by Enid Blyton. I've only just realised that these are both about spoilt, only-children and are sent away. Mary Lennox, in The Secret Garden to a moor in England when her parents die after a cholera epidemic and Elizabeth Allen to Whyteleafe School. I love how different they both are, as I still pick them up for the occasional read now. They were both able to teach me valuable life-lessons at such a young age and I dreamt of discovering a secret garden, or going to the type of school that Whyteleafe is. For those of you who have never experienced Enid Blyton's writing - I don't believe you can ever be truly too old for it. It captures such a early 1900's vibe but is also so realistic and bright. It makes me want to be at the school: where the children hold weekly meetings, have a huge variety of after school activities including horse-riding and getting to keep your own pet along with going down into the village with a friend to spend you £2 pocket money. It's just beautifully crafted, and I was happy to grow up with such imaginative book.
Primary school, between the ages of 7-11 was awful. Never did I really 'fit-in' or have a best friend, I just made my way through the school, trying my best. I left the school with high-results, and was so proud that I could prove the people wrong. There were times when I thought, "This is it, I've finally found some friends" but, in all honesty, I was always trying to fit-in. I was never just myself and seeing what happened. Having Whyteleafe school let me imagine somewhere that allows everyone to be accepted. There's music, sports, the arts - mention it at the Weekly Meeting and they'd throw it into the mix. I remember finishing the first book in the series, which I have only ever reached number seven of, and feeling so over-joyed because It was over one-hundred pages long and I'd read it. I texted my dad, told my mum, It was a great feeling. 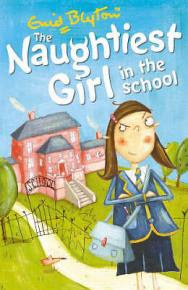 As for 'The Secret Garden', I was given it by an old neighbour I haven't seen in years but can still remember getting it. Inside, there were rose-petals decorating the front page, and there are still a few remaining between the few pages so many years on. I passed it down to my younger sister, but I think the fact that there was magic in this book made it my Harry Potter. I never sat down to read them as a child, as I had such an over-reactive imagination I would probably never sleep again but, I've conquered two of them. I've never found the time to read the rest but, who knows, maybe sometime in the future. 'The Secret Garden' gave me a huge sense of imagination as one of my first books.  I can remember constantly reading the first page and re-introducing myself to Mary. It was also filled with illustrations that brought the story to life, all detailed and elegant. The thing was, on one of the first few pages I remember falling in love with the pink dress she wore, contemplated by frills on the shoulder. Younger me, I think we can safely assume I'm never going to be good at fashion!
So, this is basically a post showing what books I've grown up with and the impact it's had on my life. I mean, at the age of eleven I made plans to open up a boarding school, just like Whyteleafe when I was older(and clearly, wiser). That is still there, in a few ways, like wanting to be a teacher if all else fails.
Posted by Unknown at 7:25 pm