This year, most of my favourite books have been from first-time authors, and my shelves are practically full of debut novels. This though, is a fantastic thing, and I wish that these authors had gained more recognition, because even I know being a debut author is pretty difficult. I've read a lot of debuts this year, and decided at 1.30am this morning that I should write a post on the top authors who's debut book/s I read this year. Most of these authors have left me with quite a long wait for the sequel, as they love their "What, you can't end it here?" last pages, or next novels which I'm already anticipating just from reading some small pieces of information.
This list is in no particular order.
Holly Smale

I can't quite believe that this time last year I hadn't read Geek Girl yet, as Harriet Manners feels like an old friend of mine and, I mean that in a good way! This year, I have loved reading both 'Geek Girl' and the sequel, 'Geek Girl: Model Misfit' as some of the problems Harriet faces are ones that most young girls are able to relate to. When I got a manuscript of 'Geek Girl', with some cute-badges, way back in January, I remember how suddenly everything changed into people saying it's fine to be a geek, and that a lot of readers, including myself, began to express themselves a lot more because of the book. I'm definitely more willing to admit I'm a book-geek.  Personally, I think Smale's writing is fun, honest and hilarious. The third book in the series, that will not be the last after a recent announcement on Twitter, is one of my most anticipated reads of 2014!

Liz Coley
Pretty Girl Thirteen was both a harrowing and haunting yet, hard-hitting book that left me speechless. Coley dealt with such a difficult topic, that had me experiencing all levels of emotion, in her debut novel that was out this year. This novel will always be an unforgettable book to me - as the theme was unexpected; I went into this thinking it would be a Fantasy and found something very different. Along with a tough subject-matter, there were also some very hard scenes to read, that had to be written to make this story real. The reason Coley's work needs much wider-recognition is that she didn't shy away from topics in her book that no-author would dare to write about, and made it a book that will always stick-in-my-mind because of what it was about, and what it made me feel.
Natasha Ngan

'The Elites' was definitely one of my favourite Dystopia's of this year, as I loved the way Ngan was able to take problems from today's society and place them in Neo-Babel, the world her book was set in. There was never a moment when I didn't feel connected to the characters, that the multiple narrative wasn't working, or my mind was wandering elsewhere. Instead, everything worked.One of my favourite things about the book was that all the backstories of the main characters were known, and the characters' pasts actually affected their actions throughout the novel. I applaud Ngan for this brilliant debut, and the mention of next novels above was, of course, about 'The Memory Keepers' her next novel, which isn't our for a while, but I know I've already fallen head-over-heels for the premise!
Samantha Shannon 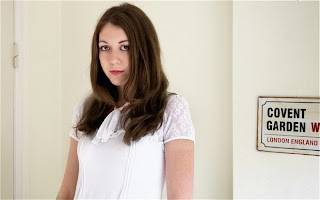 Anyone who got the chance to read 'The Bone Season' this year knows why it is on the list. The
world-building was breath-taking. The amount of thought, detail and planning that must have gone into the book, as well as the orders of Clairvoyance, is a work-load I can't quite comprehend. 'The Bone Season' was a huge novel, the one book I would not want to fall down on my shelf and hit me but the one I would use to defend myself in any-situation, yet Shannon's writing and world is, as I said in my review, highly-ambitious and just incredibly imagined. 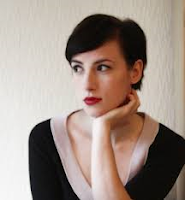 When I requested Fearsome Dreamer, it took a few weeks to arrive so, I thought that maybe it wasn't coming after-all but, I then got a gorgeous hard-back through the post and started it as soon as I could. That book, by Laure Eve, became one of my favourite books of this year! The writing was intricate and detailed, the characters had different personalities that I loved reading about, and the plot itself was gripping. There is one certain aspect of Eve's debut-novel that stood out a lot to me, and that was the idea of 'Life' where, everyone jacks into a type of 'video-game' and that's where they live their lives. In a street in the 'real world' everything is plain, without any colour or much to do, but in life, that street is none of those things. Instead, everything is brighter and bolder. I'm highly anticipating the sequel, which is out next year, and to discover more about the 'Talent' that the series is based around.
Helen Douglas

'After Eden', Douglas' debut novel came out this year, and I was finally pulled-into the world of books about time-travel! I didn't think 'After Eden' would be as good as it was, but I enjoyed it so much, and the main characters' normal, every-day life was something I could completely relate to, with the romance making it something that meant I could forget school while reading! The romance between Eden and Ryan was also really well-written, something I was rooting on,  and the setting was a great choice, so I will be definitely checking out the sequel when it is released on 5th June!
***
My only question is, "Where are the male debut-authors?" I get emails about new books available for review, and am constantly searching on Twitter, but for some reason, I haven't seen the mention of many male debut-novels this year. While Patrick Ness is one of my favourite authors, and I enjoyed 'Every Day' by David Levithan this year, I haven't read a single debut by a male-author.
This was such a hard list to compile - as I have read a lot of great Debut's this year!
Posted by Unknown at 8:38 pm