Earlier, notepad and pen in-hand, I sat down with the intent of writing a short-list of those authors I haven't read yet. Unlike those whose books I buy instantly, the moment they reach bookstores, these I have never picked up. Not once. I've read reviews of their novels, added them to a wishlist, admired shelves dedicated to them in a bookstore. As the list soon became two pages long, rather than the few bullet-points I was expecting, I decided to split it in two: the first being about UKYA authors, who I love supporting. We have some brilliant writers in YA, and I would love to spend more time reading what they have written, as - admittedly - most of my bookshelf features novels from American writers. 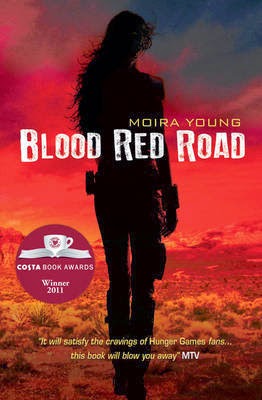 Moira Young's Blood Red Road - the first in the Dustlands trilogy - has been waiting on my shelf, in a space between my favourite dystopias, to be read for almost a year. In desperate attempts to find time to read it, I've taken it on road trips, becoming caught up in conversation rather than in the  characters and plot. Since the copy I own is covered in reviews on the inside cover comparing it to The Hunger Games, it's no surprise that I snatched this up. Teamed with the raving-reviews, book-award wins and intriguing synopsis, I knew this was a must-read. Already, I love the aspects Young has drawn into one novel, including a life or death scenario, and can't wait to read the first book by this author. With the three novels already published, I have no excuse not to pick them all up, especially since I've wanted to see whether Moira Young's writing lives up to they hype. 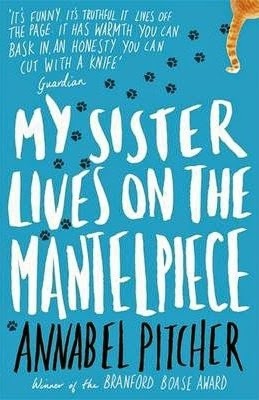 At the beginning of this year, Ketchup Clouds was at the top of my must-read list after receiving it for Christmas, picked up after I read about the novel on Amber's blog. I admired - and continue to - Pitcher's idea for the novel, that seemed so bold, the choice to write about a child sending letters to a criminal on Death Row. There is such a contrast between an 'innocent' child and somebody in an American prison. When I bought Ketchup Clouds, I also saw Pitcher's debut - My Sister Lives on the Mantelpiece - on the shelves, but decided not to pick it up; wanting to try one before buying the entire collection. I've passed it during almost every trip to a bookstore since, but with one of her books still unread, I know I can't add it to my shelf. I'm really excited to read both of Pitcher's novels; expecting for them to be two of my favourite reads this year. I'll love the covers - and spine decoration - regardless, though! 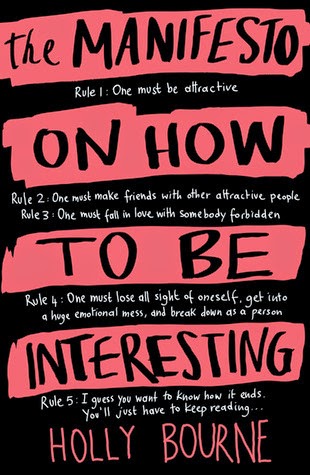 Whilst writing a post about the lack of books about mental illness, and how important it is for more to be published, Holly Bourne announced that her next novel would be about OCD. And I couldn't have been happier. After reading more about the book - which will be published in 2015 - I found out it was exactly what I had been waiting for. A novel, not with a friend or parent - a secondary character - suffering, but the main character struggling with illness. With recent events, it's crystal-clear that disorders like OCD and Depression do need to be covered more in novels, to raise awareness. The more they are written about, the less stigma surrounds the subject.

Before it's released, though, I'd love to be able to read her previous novels - Soulmates and The Manifesto and How To Be Interesting - as both have been praised endlessly in reviews. Already, I love how both her published novels are completely different genres; hopefully, I'll love how Bourne tackles them. 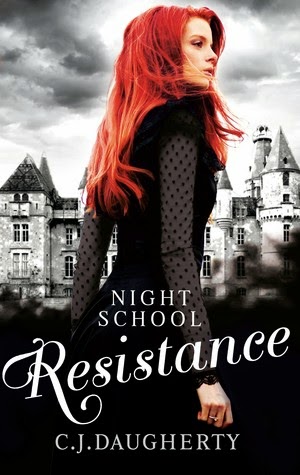 Outside of blogging only a few of my friends love to read and, mostly, I recommend novels to them - and then am forced to pick up double the amount of merchandise from book events to share. It's a small price to pay. When discussing reading in class once - amidst the release of The Fault in Our Stars - I was asked if I had read the Night School series. I hadn't. Since, we've had a few conversations about the series, and I've become really interested in the Bullingdon Club - a secret society in Oxford University that the likes of David Cameron have been members of - that the book is based around. From what I had read about the series before, I had always assumed that it was a fantasy series, following in the footsteps of The Twilight Saga. Now I know more about the inspiration behind the series, I'm looking forward to reading them, and discovering CJ Daugherty's world.

So, what UKYA authors haven't you read that you want to?
Any from the list above?

Tell me in the comments!
Posted by Unknown at 11:02 pm