The weather is threatening to transform our streets into a world resemblant of Narnia; the clock, no matter how much you want it to, will not move any faster; the next school holiday is just over a month away. I've now resorted to heading to school equipped with a flask, a selection of tea bags and a library book, but I still can't seem to forget my numb hands. It's the beginning of a week, the middle of Winter, and today is aptly known as Blue Monday: when people feel the most miserable. Over the past few weeks, I've been following the plans that the Guardian Children's Books site has to drag us through the day, without needing to resort to the tub of cinnamon biscuits or more caffeine than usual. Or more of the Cookies and Cream Cupcakes I made yesterday. Instead, they are using it as a way to broadcast life-changing books for Teens, at a time when most of us need a little bit of a boost. Authors have been sharing lists of their favourites on the site, and readers discussing which books have helped them through tough times. 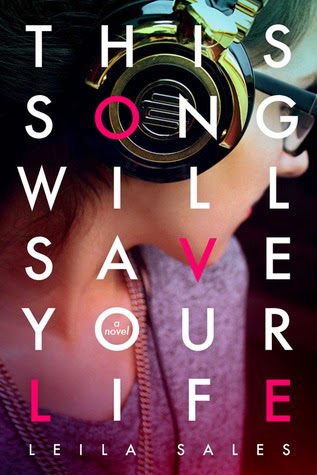 What I've always loved about books is how the experience of reading one is different for every person. That how somebody feels or reacts to a novel can be the complete contrast to what a friend or family member thought. Calling a book 'life-changing' is a very personal thing. The books that have resonated with me the most might have not have left a single mark on another person; merely put down after a few chapters and never finished. It's difficult to contemplate some of the most important that have made up my teenage years so far being discarded, but I understand reader is different. At certain times, we are going to find what happens to a specific character more relatable than other readers, but this is what makes the list of life-changing novels so diverse. Some people can write a list of ten books, maybe more, that have changed their life. I'm only in debt to a handful, the likes of Pretty Girl Thirteen by Liz Coley and The Hunger Games by Suzanne Collins being two of these, but the most important is This Song Will Save Your Life.
When it came to reading Sales' novel, I simply picked it up as a quick-read - determined to finish it within a few days - to catch up with my reading challenge. I didn't expect it to have the impact it did on me. The protagonist, Elise, was a character I could completely relate to,  in particular through her attempt to fit in. When I was around age eleven, I strived for the popularity those around me had, desperate to be a part of their cliché. Repeatedly, like the main character, I've tried to change myself in the hope that it would lead to me being accepted by others. It's never worked, though. Sales managed to capture perfectly what it feels like to live on the sidelines and then find somewhere you do belong(for me, that was the blogging world). Over the past few years, I've tried time and time again to do what I believe will make me 'cool', and I saw that Elise was also struggling with her image. It was her novel that made me want to embrace being an outsider, rather than wanting to escape it at the next opportunity. She made me see that life within this 'circle' is boring - and that it's much better to be an individual and on the vicinity.
"Popularity rewards the uninteresting."
This Song Will Save Your Life not only helped me to accept myself, but it taught me lessons I've been able to share with others in need. Sales tackled extremely serious topics in her novel, such as self-harm and suicide, and made me more aware of how people coping with these issues feel. When it came to offering advice to a friend, I felt like I could attempt to understand the position she was in from what I had read, and this made it easier to console her. Without even knowing about This Song Will Save Your Life, although I may have mentioned it off-hand in conversation a few times, it's probably had a great impact on her life too. I don't think we ever really notice what we do learn from books until real life presents a similar situation, and then you remember that life sometimes imitates art. Even now, I'm only just realising some of the life lessons that I learnt from Sales' debut. It managed to make me realise that trying to change myself would only make me bitter towards others, like my young sister who is at the beginning of her teenage years, and their carefree attitude about the opinions of their friends. It taught me that accepting myself, and embracing the talents and skills I have, can lead to greater things - just like in Elise's case.

What books have helped you through tough times?
Tell me in the comments!