I came THIRD in Charli's Halloween Writing Competition with my story Sinister! Thank you to Charli for picking my story as third! Anyway, here's my first weekly reads post(Wish you could say was a book haul) 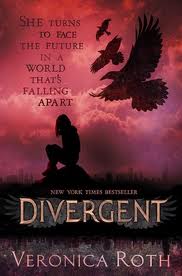 Synoposis: In a divided society, sixteen year-old's are forced to conform into a certain faction. Abnegation:the selfless, Candor: the honest, Erudite: the intelligent, Amity: the peaceful, Dauntless:the brave. Beatrice Prior is forced to make a terrible decision in a world where she does not fit. So she ventures out alone, calling herself Tris. Drawn to a boy who seems to both protect and threaten her, she has one secret. The hardest choices will lie ahead.

Thoughts: I LOVED this book!. It had mysterious characters, dark secrets and a strong character in Tris. It has twists and turns in
it's heart-pounding plot with an exhilarating ending! 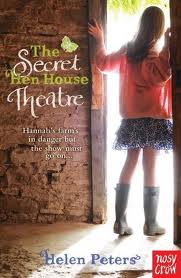 The Secret Hen House Threate by Helen Peters(Which I literally finished this morning!)

Synoposis: Since the death of her mum Hannah's family life has been a mess. The farm she lives on is falling to pieces, she is struggling with her siblings and her father pays no attention to her. When Hannah finds an old Hen House within brambles on the farm she decides to turn it into a theatre along with her best friend Lottie. As Hannah's farm is threatened when the rent is doubled, she comes up with an ambitious plan to save the farm. Will it be enough?

Thoughts:  This book was an enjoyable read with quirky characters that people can connect with. It was funny and moving and although it had some slow parts mid-way through the book , the ending was beautifully written. 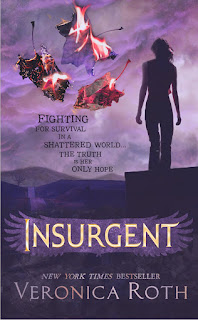 Insurgent by Veronica Roth(the second Divergent novel, so spoilers from the first novel ahead)

Synoposis: Tris has survived a brutal attack on her former home Abnegation and the people closest too her. But she has payed a terrible price. Wracked by grief and guilt and factionless she becomes more reckless as she tries to accept her new future. Tris will have to be stronger than ever because more shocking choices and sacrifices lie ahead as she discovers the truth about her world.

Thoughts so far: After the conclusion to the Divergent, I had to get my hands on Insurgent instantly. Tris has very honest emotions in Insurgent as she struggles to face the truth of what she has done and who she has lost. I'm only on Chapter Two so far but I think it's going to be great! 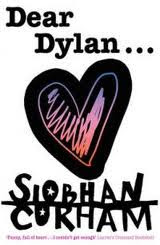 Dear Dylan... by Siobhan Curham! I received this in the post yesterday and I'm really looking forward to reading this because it's so different and unique(Due to it being told through emails)

Thanks SO much for your email and I'm sorry about my last one when I said I love you. I hope you don't think I'm a weirdo mentalist?!!! It's just that I was watching Oprah yesterday and she said we should all say we love each other a whole lot more. Not to everyone of couse There's no way I'd tell my scummy step-dad that I love him because that would be lying. But the thing is, sometime swhen I watch you on TV, I feel as if you're talking just ot me and it makes me feel less alone. I know you probably get loads of fan mail but I wanted to ask-could we be e-mates?
Yours hopefully,
Georgie
xxx

So, those are my weekly reads! Have you read anything over half term?
Sound off below!Sophie:)


*COMING SOON* An interview with the fantastic Siobhan Curham!