What if your whole world was a lie?
What if a single revelation—like a single choice—changed everything?
What if love and loyalty made you do things you never expected? 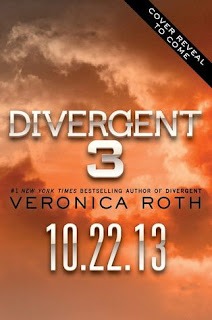 I get home from school, turn on my laptop and do more normal routine of logging onto Twitter. Scrolling down my newsfeed, not expecting much, I then see a tweet about Divergent Book 3 finally getting a name. My bet all along with on Convergent, as it fits in with the other titles Divergent and Insurgent perfectly, along with it meaning 'Coming closer together in characteristics and ideas as well as referring to convergence" Divergence, Insurgence, Convergence all seem to fight right? Along with Veronica Roth joking about the title being called Detergent, I think this has been one of the most anticipated title releases. In 'Book 3' I will say though, I wasn't expecting the name but I think it fits in with the trilogy as well as leaving an exciting idea for the plot. You can see Veronica Roth announce the title Here

And it is Allegiant!


I did not guess the title but, I'm happy to accept the surprise. I am in LOVE with this name! As one of my favourite series', its' great to have something new that isounds strong and powerful, as if a monarchy. I think Allegiance applies so many things and it fits in with the other titles. It also refers to allegiance - which offers some amazing things for Book 3 one definitely being Tris searching for where she fits in. As she is Divergent, it means Tris does not fit in anywhere specific but I've got some interesting theories and I'm excited to see where Veronica Roth has taken the final instalment. 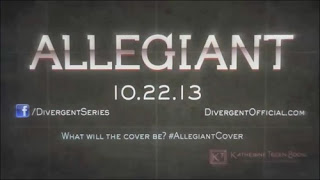 Allegiant - steadfast in devotion (especially to your lawful monarch or government); "it is impossible to be allegiant to two opposing forces"

I definitely think this fits Tris' personality but what I'm curious about is where will her allegiance lie? Our female-heroine is already devoted, and has a strong will, but I think Allegiant could be all about her choosing a side. As the definition says "it is impossible to be allegiant to two opposing forces". I'm so excited to see the release of Allegiant and find out what happens in the climax of the trilogy. I will be out at midnight to get my hands on a copy. Onto the next question, what will the cover look like now?

What name were you betting on? Are you happy with the title?
Posted by Unknown at 8:14 pm