Young Adult book characters sometimes have stand-out statements, or symbols that make them different or change their world. They stand out more than they expect, and make a change. You don't always know the reason at first but it becomes something, or a certain personality trait is though-provoking. It's important to know that when a YA Character has  something that stands-out about them, a small and unsuspecting statement, it makes you remember them. Who knew Harry Potter would become the Boy Who Lived and Lena Duchannes a person deciding on her fate? It's just the small things that make them different, that make them remembered. 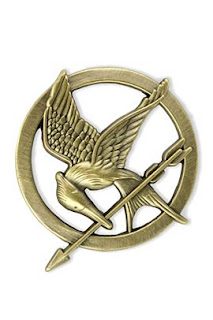 I think it's important for a character to have something, whether it's the necklace full of objects and notebook of Lena Duchannes, that makes them different. The symbols, or statements they have can also mean something to fans of the book. Now The Hunger Games has been made into a film franchise, people are seen wearing Mockingjay pins. Including myself! 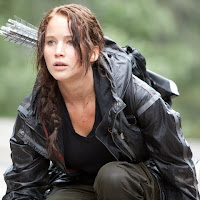 Katniss Everdeen(The Hunger Game by Suzanne Collins) wears her Mockingjay Pin. In The Hunger Games, it is given to her by Madge Undersee, daughter of Mayor Undersee. Katniss notices the Pin before the Reaping begins, and after she Volunteers for Prim and has a chance to say goodbye to her friends and family, Madge comes and makes her promise to wear the Pin into the arena. At first, you don't really know the reason why, maybe friendship but, it grows into a symbol of Rebellion. In Catching Fire, you learn the Pin belonged to Masilee Donner, Madge's aunt who died in the Second Quarter Quell. The Mockingjay Pin became a symbol of Rebellion, surviving despite the Capitol's plans and for us, non-dystopian readers, that despite what people say we can be "More than just a piece in their games". 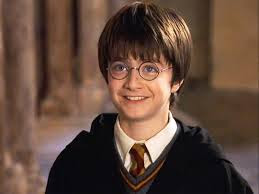 Harry Potter(Harry Potter by J.K Rowling) has his Lightning Scar. Probably one of the most well-know Literacy Statements in the world, Harry Potter's scar represents "The Boy who Lived" and is much more than just a Physical Trait, just like Katniss' Mockingjay is more than just a Pin. It marks him as someone unique, the only person who has this scar, just like he is the only person to have survived from he-who-shall-not-be-named. Who knew who Harry Potter would become when you turned the first page? How one small symbol could change everything? It's one of the main reason quirks matter.

Beatrice Prior(Divergent by Veronica Roth ) has her Three Birds, one marking each member of the family she has left behind. Along with this she chooses Dauntless, which could be said to be her symbol, but some people would beg-to-differ. From the beginning this was always supposed to be a symbol. It makes 'Tris' different, being Dauntless it's not expected of her to care. She's supposed to be brave, outgoing and pretty much reckless. Yet, she remembers her family and cares. I love the softer-side of Tris this shows, the more relatable and caring part. It's saying "You can't really be just one type of person". No wonder she's Divergent!

Lena Duchannes(Beautiful Creatures by Kami Garcia and Magaret Sothl) introduces us to being different. Her black chipped nail polish and tatty spiral-notebook. The necklace with what seems like worthless pieces around her neck, and her over-worn converse. Gatlin itself is more than just a town. It's a place with unspoken rules, and to be accepted you must fit in. Lena completely out-rules them, she's nothing they've seen before and someone they don't want around. I loved how she was different and didn't let Gatlin and the people around her change who she is. I think we all want to be like her in not wanting to change!

The completely loveable Harriet Manners(Geek Girl), statements geek-hood. It doesn't show how geeks care for nothing more than homework to do on the weekend, and wear huge glasses, it's more than that. I loved Harriet when reading Geek Girl and she's inspired Geeks to be proud. And not just Geeks, but everybody to just be themselves. Pick up a book and read! If you get called a Geek, be happy. It's no insult. Harriet Manners more than steps out of the book,  she doesn't save the world, but she makes a difference to the readers. Her statements jumps out of the pages. Who can't love the fact we have a Geek that doesn't wear huge glasses?

Even though our favourite book characters have created revolutions, and changed their worlds through their symbols, I like to think we all have our statements. I always wear my hair in my own trademark-braid, and I'm never seen without a hair accessory. I also adore scarfs, and unless I'm in school, I'm deciding on which colour to wear. Not every statement is inside book pages. I mean, I can go nowhere without a scarf or I feel uncomfortable, it feels as if something is missing.

Do you have your own Statement?