Due to some scheduling problems, I get the chance to host today also. Rebecca's post will now take place on Thursday - so you get two posts in one day! Remember to continue tweeting using #IGBlogTour and today, tweet your support for The Railway Children who provided me with the statistics and information needed to write this post!

At the time of the interview, Eddie was 17 and lived with his foster mum and her granddaughter. This was the second time he had lived with this foster parent. The first time was at the age of 13 when he was taken into care due to his mother’s alcoholism and neglect. His foster carer felt that one of the biggest issues was that from the age of ten Eddie had no discipline or parental guidance.
“He’s been too independent for too long and he’s had to fend for himself, so the only person he relies on is himself.”
After his relationship with his father broke down, Eddie was living rough in people’s garden sheds and sleeping in a relative’s taxi office (for four months). There were concerns about his personal safety and vulnerability. His school referred him to SAFE@LAST because they were concerned about him and social services were unwilling to accommodate him on the grounds that they felt he had accommodation available with his uncle. SAFE@LAST, Eddie and the school were not happy about this decision.

The main support provided by SAFE@LAST was resolving Eddie’s accommodation issues and getting him back into care after he had been thrown out of his home by his dad. Eddie spent a night in the refuge as social services were unable to accommodate him. If the refuge had not been available both Eddie and his carer said he would have been on the streets. Eddie's key worker met him on a weekly basis to discuss the issues he was facing. Eddie said that he felt he could talk to his key worker more easily than other practitioners e.g. social workers or teachers, because he knew she would keep his confidence.


“I told her everything ... they talk to you like your friends talk to you so you can relate to them more easier. She got me to trust people and talked to me in the right way.” (Eddie)


Eddie said that his key worker was able “to give him his confidence back up again" . Eddie is now in stable accommodation and very happy that he is living back with his foster parent. There is no risk of running away.


Life on the Streets, from 'Off the Radar'

"When it was so cold; when your stomach was hurting because you were so hungry and there was nothing you could do about it and when you see people walking past with nice clothes, and I don't know, they walk out of the hairdressers and they've got nice hair. It gets to the point on the streets that you think "is it worth it?"

"When I was younger and living with me parents, I used to hang out on the streets a bit so I did have some knowledge of what It was like to be on the streets but I wasn't prepared for it when it happened properly. It was winter and it was a bit of a shock to the system. I didn't know what to do.

"You feel numbness from the fold, aching. Depends where you sleep and if you've got blankets. You just need to stay warm. That's the only thing I was bothered about when I was on the streets: being warm."

I find these stories so inspirational, and they make me appreciate my central heating and being able to curl up, in my warm bed, with a book tonight. I mean, you don't realise until things are taken away from you, do you? Check the post below to find the dates for the other tour posts and remember to follow the tweets using #IGBlogTour and following @DayDreamsWorld. Rememver to check out 'Invisible Girl' by Kate Maryon by using these links:
Goodreads | Twitter | Website
I'm also asking everyone to answer the question:
"If you, just like Gabriella Midwinter, had to live on the streets, what would you want to find buried in your rucksack?"
After reading all of your tweets, my opinion has changed hugely. I would pack spare clothes(With many jackets!), a sleeping bag and blankets, along with food. Sadly, I wouldn't bring my books along with me! I wish I could! 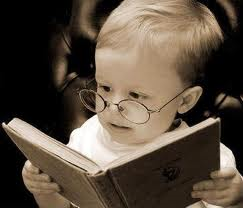