I can't quite believe we're on Day 4 already! That means we're already over-halfway through the week, and the respond has been fantastic! Today, it's the first group of authors offering their advice to people who are being bullied. Thank you to Natasha, Sharon and Cathy; your stories are really inspiring and thank you for sharing them with us, despite being so personal! 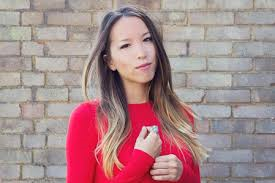 I'm Natasha, a 23 year-old half-Chinese, half-English girl who still spends most of her time the way she did as a child - in her imagination! (And now she talks in third-person because she's so used to writing it ...) My debut YA novel The Elites, a futuristic YA adventure set in a multicultural city whose residents are streamed into jobs and social classes according to their DNA, came out in September from Hot Key Books. A second standalone novel, The Memory Keepers, comes out next year with them too. Follow my publishing journey and read about my thoughts on writing over at my author blog! Outside of writing, I love food, travelling, spending time with friends and family, long walks and lazy days spent curled in bed with a book. I also run a fashion and photography blog with my boyfriend! Come say hi to me on Twitter :)


I was bullied at school in a way I didn't recognise clearly at the time as bullying, since it came from people I trusted and liked - my friends. Sadly, I think this type of bullying is far more common that we realise. It's often easiest to hurt the people you know best. I shared something personal with a couple of my closest friends, hoping for their advice and understanding. I was 15. No matter how mature I felt at the time, looking back I can see just how young and naive I was. I wasn't perfect, and I did something I'm not proud of, but I thought my friends would help. Instead, one of them told a few others at the school, and the news travelled from there. No one asked for my own explanation, and the rumours blew what happened vastly out of proportion. Many of my friends started ignoring me or saying things about me when I was nearby loudly enough for me to hear. It went on for what felt like months (maybe it was). The worst thing was, I blamed myself entirely for what happened, because these were my friends - surely they'd only turn on me if I was the horrible one?


It took a long time for me to get over what happened. I tried staying friends with the two girls I had initially told my 'secret' to, but there was just something broken between us. Eventually, I moved on, spending my free time at school either studying (lots and lots, which I guess helped me - I ended up going to Cambridge University to study my degree) or hanging out with a lovely new group of girls who already had their clique but welcomed me so warmly, and I'm still friends with some of them today. Handling bullying at school is hard. I wish I could go back and talk to my younger self - tell her it's alright, that school is temporary, that these people aren't the only people in the world. That soon I'll grow and mature, and find my own peace with what happened. Because I have done. I have found true friends, I had a wonderful experience at university, and am now working on things I truly believe in and love. But most of all, I have learnt to forgive myself. We are all human. We all make mistakes. But real friends are the ones who will help us learn from them and better ourselves, to move on positively from our wrongs into a brighter future. 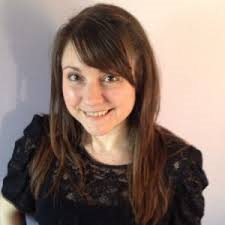 I’m Sharon Sant. I live in Staffordshire with my family and I write young adult fantasy and paranormal books, including the Sky Song trilogy, Runners and The Memory Game. You can check out my blog at www.sharonsant.com or I’m always on Twitter for a chat @sharonsant.  I come from a big, working class family with four kids and we never had much money. That meant that we often had to wear hand-me-down clothes or stuff from jumble sales, and that our house was pretty ramshackle. Surprisingly, although I did get picked on at school for being poor (and also for being the shortest kid in the class and for my mum being just a little bit eccentric!) when I look back on it now, I don’t feel like I was particularly bullied. Instead, today I want to talk about my best friend, who did get bullied, and why I wish I had dealt with her bullying differently.
In my book, The Memory Game, David joins in his friend’s bullying of unpopular girl, Bethany. But David really only does this because he’s so afraid of being bullied himself if he goes against his friend. I wrote David that way, because that’s sort of how I dealt with my friend’s bullying problems. I didn’t actively participate, but I’m ashamed to say that I stood by and did nothing to help her and that is just as bad. Sure, I comforted her when we were in private, and I felt incredibly sorry for her, but when we were out together and it started, I didn’t intervene. I was so close to being a target myself because of my family and home life that I was terrified if I did step in, I would become the bullied kid instead.
I’m so lucky that my friend is a gorgeous and forgiving person and, even years later, we’re still best friends.  We still talk about the bullying too, and I know that it still hurts her all these years later, but she understands why I behaved the way I did. If anything, I think that the way I behaved when we were teenagers ultimately damaged me more than her, because I have to carry the guilt of letting her suffer. And out of the two of us, she’s actually become more successful – she has an incredible job as a radiographer and a degree in fine art. She’s funny, popular and interesting and totally together as a person.  So I suppose this post is more about standing up to bullies on behalf of someone else. You can save someone a lot of heartache with a few brave words. You can save yourself a lot of heartache too. You just have to do the right thing. 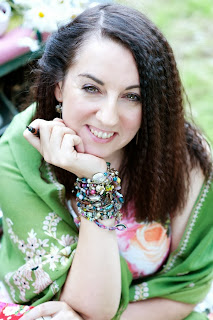 Hi... I'm Cathy Cassidy and I write books for preteens and young teens. My current series is the Chocolate Box Girls, but some of my stand-alone books deal with quite hard-hitting themes. I've written about bullying a few times, in Driftwood, Angel Cake and Gingersnaps. You can find me here...www.cathycassidy.com
or
https://www.facebook.com/cathycassidyauthor
or
instagram @cathycassidy
or
on twitter... @cathycassidyxx
I'm lucky because I have never had to handle full-on bullying, just teasing. I was picked on for being very tall - at age 11 I was 5'8" and towered above my school friends... and most of the teachers! Luckily, this meant that few people took the teasing any further - bullies tend to be cowards, and look for someone vulnerable, so my height probably saved me when I think about it! Later, as an art teacher in both secondary and primary schools, I saw just how damaging bullying could be; and my job as a teen mag agony aunt for twelve years showed me how many kids were affected by this. I feel very strongly that bullying should never be acceptable... and that every child - and adult - has the right to work without being harassed and tormented. I've written about the subject several times because I want kids to think about how it feels to be on the receiving end... and to care enough to want to change things.
I've thought about what makes someone a bully, and I believe that bullies are insecure and unhappy. They look for power by making others feel small, but ultimately they hurt themselves too... they need help just as much as their victims. Not all bullies can change, but some can - I wrote a short story about a girl called Lily, the bully from my book Angel Cake, which shows why she treats others so badly. It's a sad story, alas! Sometimes, my book events take the form of Friendship Festivals which encourage others to celebrate friendship and make new friends, and the Friendship Charter on my website asks readers to report and challenge bullies whenever they can.
Keep reading, keep smiling… and follow your dreams!