Last year, I read 'Fearsome Dreamer' by Laure Eve and it soon became one of my favourite Fantasy/Dystopia novels of 2013. The world was hugely ambitious and imaginative, and the characters were interesting and intriguing; it wasn't short of excitement, and the concept of Life was something I could completely relate to our world - and what it could be like in the future with our addiction to social-media. You can find my review of the book, on the Guardian, here.

As a huge fan of Laure Eve's writing, I'm really excited to reveal the gorgeous cover for 'The Illusionists' the second book in the series! 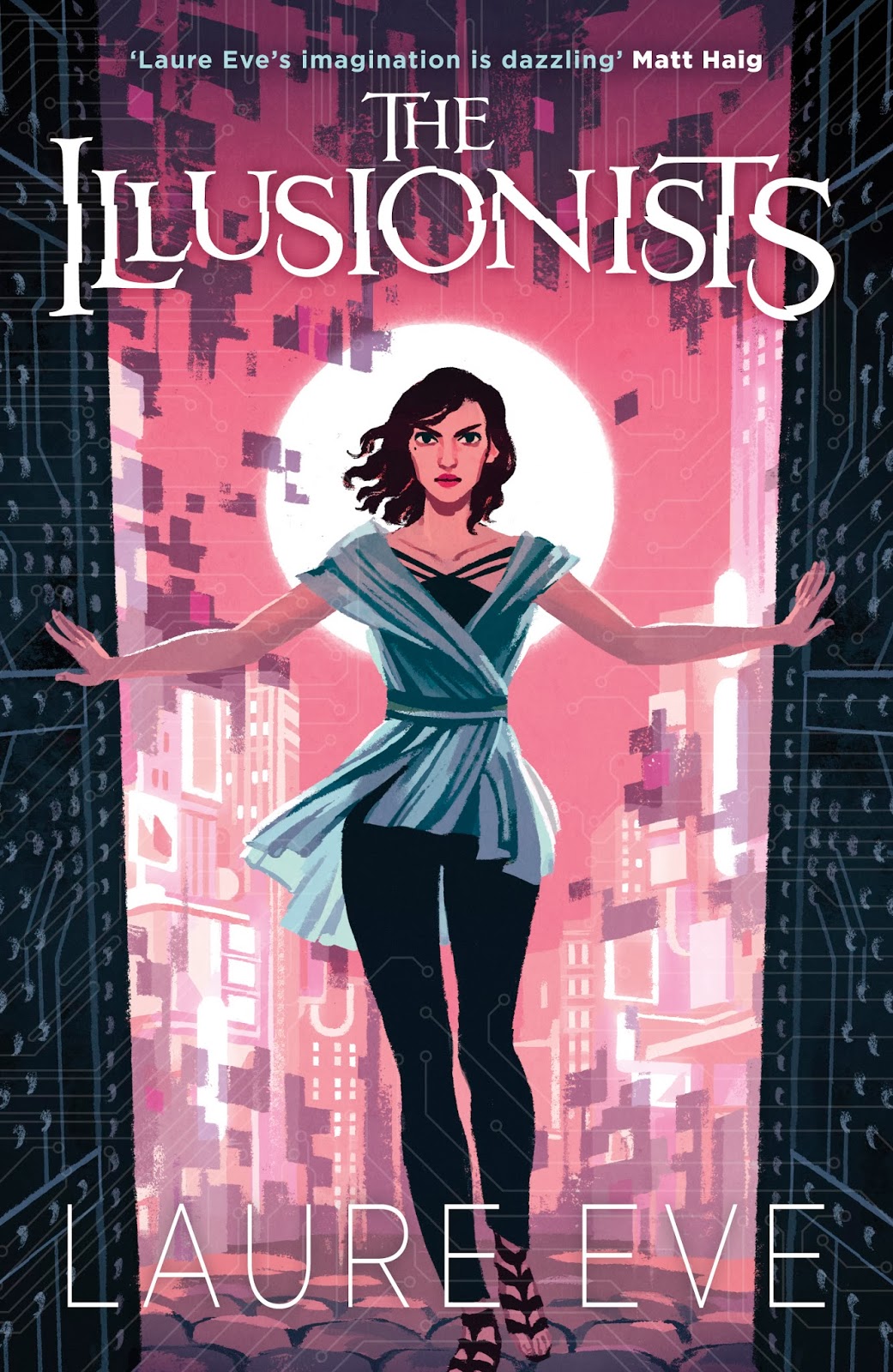 Having left White behind her in Angle Tar, Rue is trying to make sense of her new and unfamiliar life in World. Its culture is as baffling as is it thrilling to her, and Rue quickly realises World's fascination with technology can have intoxicating and deadly consequences.

She is also desperately lonely. And so is White. Somehow, their longing for each other is crossing into their dreams, dreams that begin to take increasingly strange turns as they appear to give Rue echoes of the future. Then the dreams reveal the advent of something truly monstrous, and with it the realisation that Rue and White will be instrumental in bringing about the most incredible and devastating change in both World and Angle Tar.

But in a world where Life is a virtual reality, where friends can become enemies overnight and where dreams, the future, and the past are somehow merging together, their greatest challenge of all may be to survive.
Synopsis from Goodreads
I absolutely adored exploring Angle Tar in the first novel, but, just from the synopsis you can see we are going to be seeing more of World in the sequel; something I am immensely looking forward too. The cover depicts the brighter, more colourful place that World is - well, when jacked into Life, the 'virtual reality' that the people live in; as it's better for the environment. The pink colour is eye-catching and I already want to see more of the setting behind the girl on the cover - Vela Rue, who is one of our main protagonists throughout the series. She, though, seems to be opening a door - to get out of the world, or to invite people in? Why? These are all things I'm quite excited to find out about when the book's released in the summer.
While in the first cover Vela-Rue is clutching the Angle-Tar flag around her, and she looks really unsure of herself, with bare-feet and a dark-background, in this she is ready and taking control. This difference means more confidence, maybe that she is becoming even more fierce than she was in book one. Wait - is that even possible? Laure Eve, we need answers! Rue is also wearing high-heels, a more demanding, grown-up choice of footwear, and much more stylish clothing. I think this change shows, simply, a lot of character-growth, especially from the Hedgewitch we were first introduced to and  the person who wanted to know more about her talents.
A pet-peeve for all booklovers is when the covers don't match or cease to have a similar design from one book to another. We've all seen what happens when the cover suddenly changes half-way through a series, and how unorganised it looks on a book shelf. So, I really do feel like applauding the cover-designers right now for keeping the same theme when planning this cover, as 'The Illusionists' can now sit happily beside 'Fearsome Dreamer.' The moon in the background is also still present; which I think is a really nice touch!
You can find out more about all things Laure Eve over at: Twitter | Facebook | Her Website
What do you think of this cover?
You can pick up 'The Illusionists' when it's out on July 3rd 2014.
I think I should thank Hot Key Books for releasing it once my exams are over!
Also, thank you to Laure Eve for letting me reveal the cover on my blog!
Posted by Unknown at 5:13 pm