Ever since 'Harry Potter and the Deathly Hallows' was split into two movies, despite being one book, films such as 'Twilight: Breaking Dawn' have followed it's lead. Now, it's 'The Hunger Games' that is joining this group - with the final book of the trilogy, 'Mockingjay', having Part 1 adapted this year, with the conclusion of the franchise taking place next year with the release of 'The Hunger Games: Mockingjay(Part 2)'. For some people, this is something they hate; believing that it is only a way for the companies behind the films to make more money out of it's teenage audiences, and for others, it's an idea they adore. 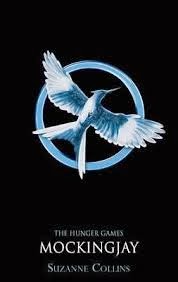 When the announcement came that 'Mockingjay' would be split into two, I would be lying to say I was surprised. Hesitant, of course, but I did see it coming. The final book in the 'Hunger Games' series is one that builds up to an extremely emotional climax and, without that in Part 1, will it be seen as 'boring' - possibly? Sometimes, not all, there is just not enough content in a novel to make it work as two movies. This could be seen as the case for 'Mockingjay', where most of the action and excitement, rather than the build-up to it, happens near to the end of 'Part II - The Assault'(where Peeta reveals information to warn those in District 13 about a bombing). Does this mean that Part 1 will lack any of the gripping, heart-pounding and emotional scenes we are used to from the books, and the movies? This is the case for any book in the final series being split. When you reach it, the following of them is huge; and, there is no doubt that fans want the best adaptation. Yes, there's another film, but is there always enough to make one that won't be boring? You expect the biggest shocks to come at the end of the last book, which they do. So, what will happen to Part 1?

One of the main reasons for making two parts is the money. YA Adaptations have been doing incredibly well at the box-office recently; and it seems like they are not going to stop. This year alone, there are both stand-alone adaptations and new series' starting - recently 'The Fault in Our Stars' movie caused a huge amount of excitement when just the trailer was released - so, if a series is doing well, why finish? This is very much the case for 'The Hunger Games', since 'Catching Fire' was the biggest film of 2013 in the US last year, and broke too many records to list here. Clearly, if there's a chance not to just repeat it once, but twice, making even more money, it is going to be grasped with both hands? However, I hate to think that the only reason these books are being adapted is because of the money they make - which is quite manipulative. There are other, much more important reasons for adapting a book - such as the themes, which can change a generation - rather than just the amount of money it will gross.
I love book-to-film adaptations and I can be someone who likes seeing the conclusion of a series being split in two. I need the attention-to-detail that a longer running-time over two films can provide. Not only does this mean I get to see more from the characters I could connect to, or the world that I pictured in my mind, but the back-stories and more complicated details can be there. All of this detail is on my 'must have' list for adaptations - as the smaller scenes that don't move on the film as quickly if there's a limited time would have to be cut-out. Not only does having two films scream, "MORE BOOK SCENES! " at me, but it also means that these books that have inspired us can continue to make their way to the screen for a slightly longer time. There's another year of waiting for trailers, reacting to them, sticking posters up on your bedroom wall and anxiously awaiting release-date. When you love a series you just want it to continue - and trilogies are quite short anyway.
Personally, I fell in love with the choice of breaking-up the final instalment of the 'Twilight Saga' because it definitely worked. There were three main events and these were equally-spread out, giving us enough time to be introduced to the new characters that join the cast in Part 2. Hopefully, this will work for 'Mockingjay.'
So, do you have a love or hate relationship with the final book in a series being split into two films?
Tell me in the comments!

Email ThisBlogThis!Share to TwitterShare to FacebookShare to Pinterest
Labels: Book to Film Adaption, My Love/Hate Relationship With..., The Hunger Games, The Twilight Saga