The first review books that I received, in a package from publisher Nosy Crow, were the final two books in the Small Blue Thing Trilogy, after I wrote to them about how much I had enjoyed the first one. This soon led to S.C. Ransom becoming one of my favourite UKYA authors; and I've spent the past two years anticipating news of a brand new book - as her writing-style is gorgeous! The first time I interviewed Sue was almost two years, in August 2012, and you can read it here.
***
Hi Sue! Welcome back to A Day Dreamer's World! It's been a while since our last interview. Could you tell readers a little about yourself and the Small Blue Thing Trilogy? 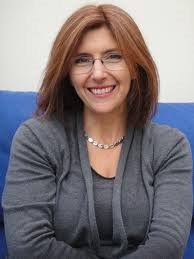 I'm a mum who reads a lot, and so does my daughter. She was reading a lot of teen fiction that was based in the US, and I thought it was such a shame that she knew nothing about the places she was reading about. I wondered how much more fun it would be if she knew some of the places in a book, so I decided to write her one for her birthday. I had six months, and an hour a day during my commute, so I started writing.

How did you make sure your characters - and their lives - were something a teenager could relate to(especially with the fantasy elements)?

Because I was writing just for Ellie it was pretty easy - I wrote the book I knew she would enjoy. Every day I had teenagers around the house to listen to(and I also still feel like a teenager myself most of the time!) so I pulled all that together as I wrote. I used to ask her random questions and incorporate the answers in the book. For example, I asked her one day what her favourite boy's name was, and Callum became my main character. All the way through I tried to make Alex's reactions to the strange things happening around her as normal as possible. At every point I was asking myself "what would Ellie do?".

Previously, you've said that you wrote this book for your daughter's birthday. What else inspired you(people, places or songs, for example) when writing? Did you have a playlist?

I'm afraid that it's a very short playlist - the whole thing very quickly became intertwined with just one thing - Small Blue Thing by Suzanne Vega. In the end all the titles from the trilogy came from that song, and(with permission), I included the lyrics in the front of each book. It's a song about being observed, and as Callum grew in the book, the song became more and more relevant. You should listen to it - HERE.

I was also hugely inspired by St Paul's Cathedral in London, and spent a lot of time there researching. It's a terrifyingly long way up to the Golden Gallery, but worth every step.

I've heard that there is a new novel from you in the works, separate from your previous trilogy, to be published in the near future. Could you share anything about this book with us?

It's called The Beneath, and it's due out in early 2015. It's another story set in London and is about two girls, Lily and Aria, each from very different worlds. When those worlds collide they have to decide - which side are they on, and do they have the courage to save everything - and everyone - they love?

I hope that it will make the readers wonder what they would do if they were faced with Lily's choices.

Would you ever consider returning to Alex and Callum's world in the future? You should never say never! I really enjoyed writing about them, and having set up the world of the Dirges, it seems a shame to never go back there, but I have no immediate plans. If I was to do anything it might be a prequel - how did they  all get there? What did Olivia do which sealed her fate? I'd quite like to know too!

This is the second time that you have been nominated for the Queen of Teen Award! Could you describe your reaction to hearing the news again?

I was stunned! It's been a couple of years since the last book came out, so I really didn't expect to get enough votes. And when I saw the other nominees I was even more thrilled. I never imagined that I would be on a list with John Green or Veronica Roth. It's an honour, and I'd really like it if a UK author could scoop the prize. I think there is a lot that a UK Queen could do to help further the cause of reading in our schools. Voting closes on Monday 7th July(TOMORROW), so vote now!

What is your favourite thing about YA; and most all, writing for young people?

It's the area which I feel I know best, despite not actually being that young myself any more. The YA readers are really honest in their feedback, yet willing to give a story a chance. They will suspend their disbelief if a story is well constructed and well executed, and that gives us a chance to writing exciting and novel books. 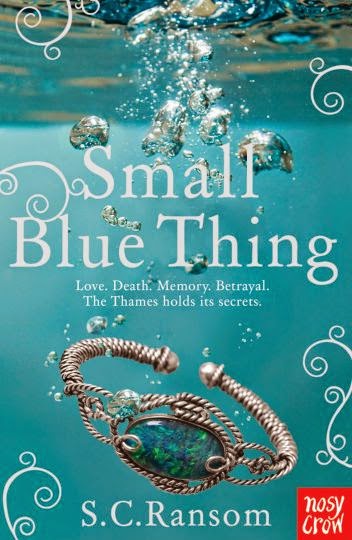 During the past few years that you have been writing for teenagers, what have you found the most challenging?

It's the time it takes. Right now I'm still working full time in my day job, and I also have my family to consider. The dog won't walk herself! So I only have a limited amount of time, and that has to include doing all the work(school visits, blog posts and interviews!) as well as writing the next books. I'd love to be writing full time, and maybe one day soon I will.

Also nominated are well-known US authors, such as Cassandra Clare and Veronica Roth. How does it feel to be representing UKYA?

I'm delighted to be given the chance to represent UKYA. For one thing, there is such a lot of great UKYA writing out there, and I hope we are slowly making a dent in the grip of the Americans. I think that it's really important that the kids in school get to see some of their favourite authors, and have the chance to ask them about their writing. It's hard to aspire to do something if you never see a role model. I'm not for a minute suggesting that kids should aspire to be like me, but if they can discuss their writing with a published author they can get to see that it is possible, that it's not just the literary megastars who can achieve something. The more of us there in the classrooms and libraries of the UK, the more confidence the writers of tomorrow will have in their own writing.

What qualities make you stand out as the Queen of Teen?

I hope that I'd make a good UK Queen of Teen because I write about the UK. I love being able to give my readers a place which they know and might have visited, such as St Paul's Cathedral, or Polzeath in Cornwall. I love visiting schools and talking to the readers, and try and engage with as many of them as possible on Twitter or Facebook, or via the blog on the Small Blue Thing website. As Queen - but not actually a teen - I think I can bring experience in my books which allows the readers to test and understand new emotions without the danger of having to actually live them.

Also, I can sound quite posh if I need to, and I'm sure I could be very good at waving a sword around to knight people. I'm sure that would do!
Finally, why should readers vote for you(apart from you being able to say you beat Conchita Wurst!).
Cute pictures of my dog dressed up in a crown?

Any useful links for readers?

Vote HERE(And don't forget to vote by Monday, 7th July 2014! After that they won't count).
My blog: Small Blue Thing
Where I luck on Twitter(far too much): @SCRansom
Facebook - not so much: Small Blue Thing Series
Thank you for answering my questions, Sue!

To celebrate the Queen of Teen nomination, Nosy Crow has given me three full sets of the trilogy for a giveaway! Thank you, Dom!

At the moment, the giveaway is UK ONLY and nor myself or Nosy Crow are responsible if the book becomes damaged or lost in the post! You're name and address will be passed on to Nosy Crow if you win so they can send you your prize!


So, have you voted for Queen of Teen?
Tell me in the comments!
Sophie
x
Posted by Unknown at 2:11 pm