It's been a while since I sat down to write a wrap-up of the month; possibly because it would have consisted of me only talking about the amount of revision I had. But, June saw the end of exams until the next school year, and the return of me requesting multiple review books within the first few days of  them finishing. I also won my first national writing-award this month - and interviewed a member of the Royal Family - something I still haven't recovered from.
Last year, I wrote about my first visit to London, where I went to a competition final at the Royal Society. Sadly, I didn't take home the award, but decided to re-enter this year; spending the weeks after anxiously anticipating some news.  I was so shocked when it did come through that my hands were shaking - and I was screaming. I'd been chosen as a finalist in the Journalism Category for a second time, where last year we had infamously heckled Stephen Fry within moments of arriving in the city. After a five hour journey, I was desperate to win, especially since we had planned for it to take three.
Arriving two hours late, I was taken straight up into the Meeting Room, where an editorial meeting was taking place. I was told, then, that I was going to be interviewing Prince Andrew - the Duke of York - in twenty minutes, with my fellow-finalists. I didn't know what to say. The previous night I had managed around four and a half hours sleep and I was still yet to eat that day. All I could do was quickly scoff half a cereal bar, attempt to tidy myself up by tucking in my school polo shirt and frantically text everyone on my contact list; repeating my question constantly to make sure I wouldn't slip up. The camera was brought in, a huge microphone was hung over our heads and a crowd of people stood watching, telling us to keep smiling.
I was shocked that I managed to actually say my question. But, I didn't hear the answer. I kept nodding. I kept smiling. I kept reminding myself that this was a member of the Royal Family, one that I had seen on TV the week before, and I would never get to do something like this again.
Whilst trying to eat around the pickle in my sandwich during lunch - the bane of any vegetarian's existence - I decided to write about the future of healthcare for my final entry, as the awards are generally based on science and technology.  In the next hour and a half, I managed to: tackle TV presenter Dallas Campbell on a staircase and interview him, follow James May from Top Gear for five minutes(hoping he would turn around and talk to me) and upload my finished article. I also had to avoid Stephen Fry who had arrived.  By the time the awards ceremony came around, I was a nervous-wreck. I was so scared of losing. This only became worse as more results were announced, Journalism being one of the last, and I saw the silver card being opened. But, I WON! And it was the proudest moment. Somehow, I managed to make my way to the stage without falling like I thought I would and smile for a picture, before returning to my seat to find my teacher sobbing. Soon, I was too.
We bought twenty-four doughnuts to celebrate on the way home.
In June, I only managed to read two books and start another, which is extremely disappointing for me. I'm behind on my reading challenge, but hopefully I can catch up over summer! 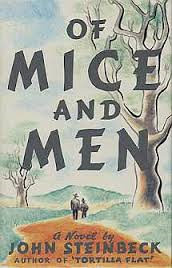 I can't quite believe that the summer holidays are two weeks away, and then I start my final year of school...
What did you read in June?
Tell me in the comments!
Sophie
x
Posted by Unknown at 11:51 pm

Email ThisBlogThis!Share to TwitterShare to FacebookShare to Pinterest
Labels: 2014, Monthly Wrap Up