It's Day 2 of Anti Bullying Blog Week and today I have a really touching Guest Post from the author of the Geekhood Series, Andy Robb. Andy has been a fantastic support of this project ever since I sent him the first tweet, and did end up making me cry so, I'd like to remind him that he gave me no warning! Remember to keep sharing these posts by using #AntiBullyingBW on Twitter...or whatever other way you can! If your wondering what this week is all about, you can check out the 'Introduction' here. This is a long Guest Post, but it's worth every minute of reading it!
Over to you, Andy!

Hi there! My name’s Andy Robb and, amongst other things, I’m the author of two books: Geekhood: Close Encounters of the Girl Kind and Geekhood: Mission Improbable. Both these books are about Geeks and people who find themselves ‘outsiders’; periphery people. A lot of what my lead character, Archie, goes through in the books is taken from my experiences as a teen – including being bullied. 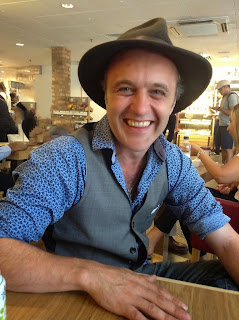 Let me try and paint a vague picture of me as a teen: I was short, overweight and a Geek. It wasn’t so much the short or overweight bits that put me on the radars of the school bullies; it was being a Geek. And by that, I mean that I was actually interested in what I was being taught. I did my homework and enjoyed it, I paid attention and went the extra mile with essays. Plus, my interests were – back then – what you might describe as ‘non-mainstream’. By the time I hit secondary school, I had a working knowledge of Lord of the Rings, painted fantasy miniatures, played Dungeons and Dragons, loved Dr Who, loved Star Wars and could quote Star Trek. And I read comics (The Incredible Hulk, 2000AD and Spiderman, in case you’re interested). I don’t think I featured as a blip on the Bully Radar; I think I set of every Red Alert system they had installed. I was like a walking Bully Magnet, with ‘Please Try and Kill Me’ written on the front.

My Experiences of Being Bullied

I was bullied. In my experience – which is different to everyone else’s – the bullying consisted of insults and physical violence. I have a very clear memory of being bound up with football scarves, put in a wire waste-paper basket and rolled down two flights of stairs. Which hurt and made me sick. It was like being stuck in a washing machine filled with crisp packets. I also remember walking through some tennis courts and being punched in the stomach, good and hard, for no reason at all. And being strangled with my school tie until I handed over my dinner money. And being given so many Dead Legs that I couldn’t walk to my next lesson. And too many more to mention. And while I say my experience was different to everyone else’s, the symptoms are pretty much the same across the board: it hurts, physically and on a profoundly emotional level. You have no dignity. You have no self-worth. And, wraith-like, you learn to haunt the shadows; to keep your head down and try and stay off the radar and spend your night concocting revenge plans that you know will never happen. Before you’ve even learnt the definition of the word ‘impotent’, you are it. You are a ball of self-loathing and rage that has nowhere to go.
At least – that’s what it feels like.
Being bullied isn’t an event that happens to you now and again; it lingers with you and makes you feel small and helpless. And very, very alone.

But the being alone bit isn’t quite true. There are people around you who care, but fear prevents you from even hoping that’s true in any shape or form. And you can, should and must talk to those people. And here’s why:
When I visit schools, I talk a bit about being bullied; it’s in my books, so it makes sense to do it. I use this analogy:
Imagine that we’re all like bottles of Coke. Outside, all is still and serene and plastic. Inside, we’ve got all these bubbles rising to the surface – and those bubbles are like our emotions; fizzing away and gently rising to the surface. However, when we go through a trauma, like your parents getting divorced, somebody dying or being bullied, it’s like someone shaking that bottle – and shaking it hard. Outside, all looks still and serene. Inside, it’s a mess. At some point, someone’s going to open that bottle of Coke. It might be you, it might be a friend, it might be someone who just knows you’re down. And if you haven’t dealt with the bubbles inside, then they’re going to come out in a big, frothy mess; we all know what happens when you open a bottle of Coke that’s been given a good shake.
But you can take control. It might be the only avenue of your life you can take control of, but you can do it – and it’s important that you do. And the way you do that is by doing something simple, something that will cost you nothing but time. You talk. You find someone you trust; a friend, a family member, a teacher – whoever – but you talk to them and you let them know what’s going on. You can tell them not to do anything or whatever you like, but you talk to them. And when you do, you’re letting those bubbles out a little at a time. You’re letting them out when you need to. You’re taking control. It might be in a tiny, tiny way – but that’s the beginning of fighting back.
If you don’t, the bottle either goes bang or the bubbles come out in the wrong place and at the wrong time.
Stick with me; I’ll try and put some jokes in.

Andy and the Spider and Why Bullies ARE Cowards

One thing I never understood while I was at school was teachers telling us that “bullies are cowards”. From where I was standing (or falling), they were like a breed of Goliaths that rampaged the school, looking for people to eat. 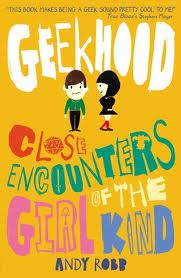 Years later, I got it – and it took a spider to teach me what it meant.
I hate spiders. Like, HATE them. Like will stand and scream if I see one.
Like used to kill them.
The last time I killed I spider, I stopped and had a think about it. Why? What was I killing it for? This weeny thing? Why stamp on it? Because it scared me; because it made me feel, somehow, threatened. And was I brave for stamping on these things that frightened me? No, I was a coward.
And that’s how it is with bullies. Beneath the muscles, the insults and the taunting, those people are scared of us. Maybe we make them feel stupid, maybe we remind them of their inner ugliness or maybe  we hold up a mirror to what’s lacking in their private, personal lives; I don’t know – but the fact remains that we – somehow – frighten them.
Ask yourself this: when did you ever see a bully pick a fight or have a go at someone obviously bigger and stronger than them?
Exactly.
Small consolation when you’re looking at the bottom of a waste paper basket as you tumble past the Maths room, I know – but I believe it to be an absolute, indelible fact.
So, what do you do? You do what I said earlier; you talk about it. Your future depends on it.

I have met kids who used to bully me, years later and, weirdly, they’ve all been really sorry about it. Most of them didn’t remember me but, when I raised the subject and told them what I remembered of them, they were shocked and sorry. Which was really, really weird.
Maybe they were going through bad times back then and needed a punchbag; I don’t know. But what I do know is that you don’t have to and shouldn’t put up with it. Talk to someone; let them know how you feel. Life is bigger than school – although it might not feel like it – and these days will end. You can help them end quicker, by letting them know what’s going on.
If you want to yap this sort of thing through with me, check out the Speakhood page on my website. It’s a place for people to share their experiences through creative writing. I’d be honoured to read your work, because I know exactly how much hurt has gone into it.
I’m here: Website
And here, on Twitter: @ThatAndyBloke
Look after yourself.
Posted by Unknown at 5:03 pm