WHAT HAVE I BEEN UP TO?

Guess what? I've been away from Monday till late on Friday at Butlins! Bet you didn't notice? I did schedule some posts so you wouldn't miss me too much. I got back about 10pm on Friday so I didn't have a chance to post then. I got to bed at about 2am then had a 10K(6 mile) walk to do for Marie Curie Cancer Care that started at 7pm and didn't get back till 10.30pm. It was raining, muddy and mostly uphill but actually it was still quite fun. So, do you forgive me? Anyway, I've decided to do this post about everything I've been up to over the past week.


I tried Go-Karting around a race track and came 2nd!(This was out of five) I'm actually not a bad driver saying I only caused one crash and scraped all down the side of the car because I couldn't drive around this one certain corner. We also hired out a family golf cart and when my dad got tired of peddling, him and my mum got off leaving me and my sister to it.(Already sounds like a bad idea, doesn't it?) We got stuck in the middle of the grass outside one of the super post hotels, we weren't staying in. As we struggled to get it out of the flowerbed/grass bank everyone came out on their balconies to watch us!

I tried Mini Golf and I'm not that bad(Even if I say so myself) I've always hated golf on the T.V as it looks really boring and there is no excitement in it. Mini golf though is really fun, with the windmills and cool courses. We visited the beach while we were there and it was full of pebbles! Hardly any sand just miles and miles of pebbles! 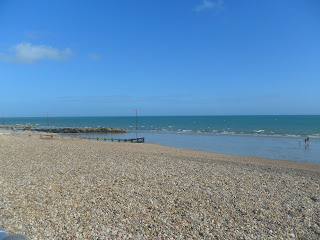 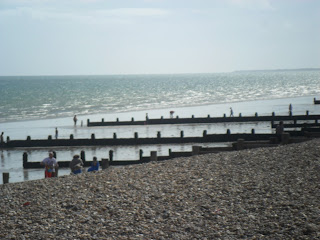 Yes, I finally got a chance to get my hands on a bow and arrow! I felt like Katniss Everdeen and actually hit the target quite a few times. In an hour I learnt how to string my arrow, how to hold the bow, aim(That is my biggest problem) and how to let the arrow fly(I couldn't think of the right term) It is actually a lot simpler than it looks to string it but to hit the target looks and is as hard as it seems. It is really fun to do and I'm going to take some lessons. My P.E teacher would be proud! 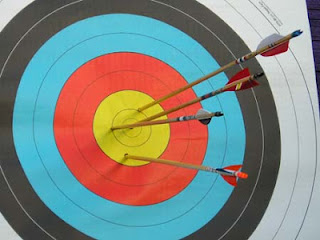 What else did I do? Hmmm... I sprinted(If you call what I did running even) around the resort hunting down ice as my sister, according to the Medics had broken her foot, When they wouldn't give me another ice pack I ended up getting a cup full of ice cubes from Burger King, feeling like Katniss...going a bit off track here right? For anybody wondering though two hours later she was walking!

I saw Stephen Mulhern LIVE! It was the best show all week! His assistant while given an example to the contestants of what they had to do in the game show, rolled straight of the stage. This clearly wasn't staged as I heard the thump! He was okay though. I would upload some pictures but you weren't aloud to take any or, as the announcer said, 'You will be asked to stop, the device confiscated, you will be escorted out of the building(long pause), then we will smash your face in'


Then last night there was the Marie Curie Walk 10. As I said at the beginning it was mostly uphill and I was soaked through and full of mud by the time we were done. This picture was taken when we reached the top of the hill it took 45 minutes to climb. 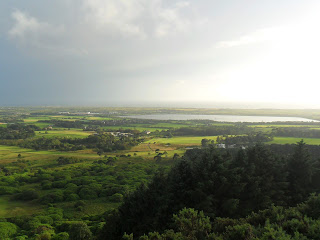 After all of this we had to clamber back down on what may as well have been a ski-slope it was so slippery! 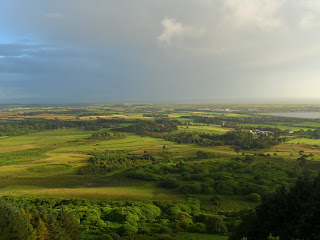 It all ended in a bang!(Sorry about the dark picture, it was late) 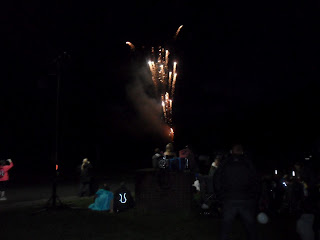 I'm proud to say I did this walk!

All the photos(Apart from the archery target) were taken by ME! What do you think of my photographing skills? So, sorry I have been gone but I hope you all had an amazing week! I've got loads of ideas for new posts and a lot of updates to give you so expect some coming soon. Tomorrow, I will announce the next author I'm going to be interviewing when I review his/her book! Excited?


Just an update from a day dreamers world,