This is my second post of today; and, also my second Author Advice post. You can check out the first one, where Natasha Ngan, Sharon Sant and Cathy Cassidy all share their experiences of bullying and offer their advice, HERE.
Emma Pass' story is one I found so inspirational; I hope you do to. 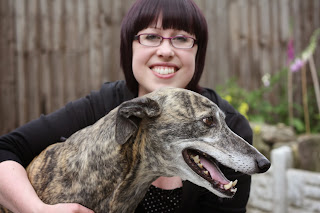 Hi! My name's Emma Pass. I'm based in the North East Midlands, UK, and I write dark, gritty fiction for teens. My debut novel, ACID, a dystopian thriller about a girl on the run from a sinister police force, came out in April this year, and is going to be published in the US next year. I've also just found out it's been nominated for the Carnegie Medal – how insanely exciting is that?! And as if that wasn't enough, I've got another book, THE FEARLESS, coming out next year. I've wanted to be a published author since I was thirteen years old and wrote my first novel in maths lessons, with my notebook hidden under my work. I'm rubbish at maths now… but that’s what calculators are for, right?! 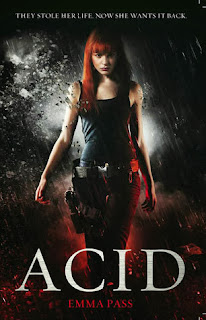 When I was a kid, my home life was idyllic. I grew up at an environmental studies centre which was surrounded by countryside, and spent most of my childhood (when I didn't have my nose in a book) roaming through the fields and woods. School was a different matter. I was born prematurely, and as a result, suffer from very mild cerebal palsy. I'm incredibly lucky because it only affects my left foot, but when I was younger I had to have regular operations and wear a leg brace. This made me a target for bullies, not helped by the fact that I was bookish and introverted and interested in stuff that wasn't 'cool'. I got very good at hiding how bad the bullying made me feel, but inside, I was terribly ashamed. What's wrong with me? I remember thinking. Why does no one like me? And because I was so ashamed, and so certain that I deserved this – I didn't tell anyone. Not my parents; not my teachers. No one. The bullying followed me from middle school to secondary school, slowly but surely eroding my self-confidence to nothing. The only refuge I had was words, and I put them up around myself like a wall, dreaming of the day I'd escape.
That day, aged 18, was one of the happiest of my life. Although the after-effects of the bullying took a long time to disappear, I got into art college and finally began to feel comfortable in my own skin. I also became more determined than ever to pursue my ambition to get published. I don't feel angry or bitter towards the people who bullied me; my only regret is that I can't go back and tell my younger self that there was nothing wrong with her, that she shouldn't feel ashamed, and that she should tell someone what was going on instead of suffering in silence for so many years.
Website | Blog | Twitter
Posted by Unknown at 9:56 pm