Anti-Bullying Blog Week is coming to an end - and despite being incredibly busy for me, it has gone really fast. It's been so humbling to see all your comments and you've had me just sitting reading my Twitter/Blog or Email smiling, or sobbing over some of your own experiences when you shared them last Wednesday. Also, a lot of other people have got involved and I've heard about everything from a library display based on Andy Robb's 'Coke Bottle Theory' - in which I've also heard whisperings of an assembly based off it; as well as Kate Maryon organising a short-film inspired by the week, which I am unbelievably excited about! I'm hoping to do a lot more to be an advocate for anti-bullying in the future! 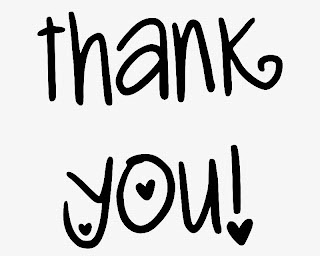 Now time for me to thank everyone who has gotten involved! Siobhan Curham, Andy Robb, Natasha Ngan, Sharon Sant, Emma Pass, Cathy Cassidy and Jackie Buckle for offering your advice, support and general-awesomeness throughout the planning of ABBW and this whole week. I feel completely overwhelmed to have had you all involved. My fellow-bloggers - you have been amazing! I can't thank you enough for posting your 'Bloggers on Bullying: My Experience' posts and sending me tweets like Hawwa did saying, 'You just made my cry' and worrying me sick; when all I did was go to check my phone while I was out! Some of the stories I have read about your own experiences have really shocked me - you are inspiring! I mean, all I want to do is make sure nobody as nice as you are made to go through what you experienced again.
Guest Post by Jackie Buckle!

Hi, my name’s Jackie and I’m the author of Half my Facebook Friends are Ferrets; which is due out in January.
Back in the old days...
It’s a long time since my school days so although I remember a bit of bullying, I have thankfully blocked out most of the details. I do remember that it mainly had to do with my spiky white hair, safety pin earrings and lashings of black eye-liner! Yes, this was the 80’s and I was a non-conforming punk. Not conforming can get you into trouble at school. It can get you into trouble with teachers who insist that pink PVC trousers are not part of the school uniform and it can get you into trouble with some of the kids, in particular the non-imaginative ones that like everyone to be the same as them – the bullies.
So what’s changed?
Move ahead thirty years and it seems that bullies are still as prevalent as ever and I guess it’s a fact of life that they will always exist. Now, though, there is a new way to spread the misery. Now we have cyber bullying.
Cyber-bullying can be just as destructive and upsetting as bullying face to face. In some ways it’s worse as it follows you home from school and even into the sanctity of your own bedroom. It affects adults as well as children and because people can be anonymous online they can often say far more hurtful things than they would ever say to your face.
A few years ago I noticed one of my daughters seemed very quiet and depressed. She was about fourteen at the time and in her second year of Secondary School. I often asked her what was wrong but she always said she was fine and for a while she did appear to be happier. Then, washing her jeans one day I found a folded up piece of paper in one of the pockets. The paper was a printout of an MSN conversation and here’s a snippet:
Daughter: I don’t understand why we can’t be friends anymore?
Other person: Because you’re stupid. I hate you. I never liked you.
Daughter: I still don’t understand. Can you just tell me what’s changed?
Other person: Shut up. Just leave it. I don’t like you – get it!
The MSN conversation wasn’t the only thing. There were also nasty comments and pictures posted to her Facebook wall - the usual things like, you’re stupid etc. As mentioned before, bullies aren’t the most imaginative people around.
So what did we do? Perhaps the only good thing about cyber bullying is that it provides you with physical evidence of the abuse. We printed out more of the conversations and confronted the bullies. I’m not saying this is always the best thing to do but in our case it worked. Tears were shed on all sides, apologies were said over and over and never once in all the intervening years have any of the girls involved ever bullied my daughter since. In fact they became firm friends.
So, as much as most of us love social media, it does have its downside. Even without bullying, reading about other people’s “amazing lives” can make you feel down about your own. In my latest book my main character Josh says:
“I haven’t been on Facebook for a while as I was finding it a bit depressing. Everyone is always posting amazingly attractive pictures of themselves in amazingly sexy / macho poses at amazing parties where they are the absolute centre of attention and everyone is having an amazingly epic time.”
I guess we have to remember that our lives on social media aren’t necessarily representative of our real lives. The hurt people can feel through bullying online is all too real though.
At least there is help available now. If you are getting bullied please don’t suffer alone. Childline have a helpline you can CALL.
Earlier I said that there will probably always be bullies. I think that’s true but what can change is society’s attitudes to bullying. I think there is already less acceptance of it. People don’t tend to say “It’ll make you a stronger person,” anymore, as they did when I was a kid. We still have a long way to go, but we are getting there slowly.
Take care, Jackie X
Follow on Twitter: @Jackie_Buckle