My Opinion & Question of the Week #4

This Friday it's the Opening Ceremony for the London 2012 Olympics! So, I decided to do my opinion this week on 'What I think of the Olympics?'

The biggest Mcdonalds in the world-seriously? What a waste of money and it will only be open for SIX WEEKS! 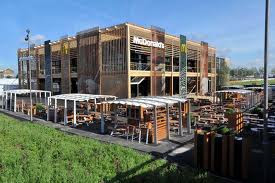 This is my point, there are problems in the country and places and people that could benefit from the money that has been spent on the games. There are places that are still ruined after the London riots last Summer, why not spend the money on tidying these areas first and helping set people's businesses back up? This would help the country in the long run. The Olympic and Paralympic Games only last for a month, if we improved the country people would benefit for a lot longer. London will also be extra busy, and it's already a really busy place. Did anyone think about the people who live in London?(I don't live in London but I'm just making a point) Why don't they spend the money on tidying up the country and setting up projects for young people? What I'm trying to say is why spend so much money on something that only lasts four weeks when you can actually
change people's lives?


QUESTION OF THE WEEK

Do you think all the money spent on the London 2012 Olympics could be better spent elsewhere?