The past few months have passed by in a blur: the announcement of YALC, ordering tickets and them arriving in an envelope addressed to me soon after. Then the authors were announced, the schedule was released, and my Twitter feed started to fill-up with themed-cakes which look amazing! And now I'm sitting here, a few days before I head to London for the event(eek!), which will be held this weekend at London Film and Comic Con. Of course, I'm excited, as the promise of going to this convention dragged me through exams this year; but, I'm also nervous. As a blogger, I find myself constantly hidden behind a screen, and at such a huge convention, my only escape-route may be by scrambling beneath a publisher's stand. That's probably not such a great idea - just in case I manage to break something like Harriet Manners from Geek Girl, and then have to pay the bill.

Over the past week, I've had one thing on my mind, all the time. How, exactly, do I get all my books from the hotel into London, and then from the station to YALC? This required a discussion on Twitter, where getting a crane was suggested, but I rested on buying a new rucksack to carry them around in instead. And then there's the question of what books to bring to be signed without risking any of them getting damaged during the day. On Day 1, a few of my favourite authors are there, including Sarah Crossan and Patrick Ness, along with Rainbow Rowell, whose signing I'm most excited for. In my bag, I'll be carrying my copy of Breathe(Sarah Crossan) along with Fangirl and Eleanor & Park(Rainbow Rowell). I was lucky enough to meet Ness at the Hay Festival last year(he has the best accent!) so I probably won't go to his signing this time around, but will hopefully get to head to Andy Robb's instead, especially after all his help with my anti-bullying project! Natasha Ngan is also doing a workshop about blogging, which I'm desperate to attend, and I'll be bringing my battered proof-copy of The Elites along too. Panels I'm hoping to go to on Saturday:
- It's the end of the world as we know it; the on going appeal of dystopia;
- Superfans Unite!
If I manage to clamber out of bed on time on Sunday, then I'll be bringing my whole Holly Smale Geek Girl collection with me, despite how heavy that Picture Perfect hardback may be. I haven't read books by many of the authors there throughout the day and am hoping to pick up copies of Trouble by Non Pratt after all of the five-star reviews and The Kissing Booth by Beth Reekles, which I've wanted to read for a while now. I want to applaud the person who came up with the ideas for the panel events on Sunday, as they sound hilarious. I'm going to be trying to grab tickets for:
- I'm too sexy for this book!
-  Sisters doing it for themselves.
I'm hoping to get to explore Comic Con itself at some point during the weekend to do this, so will probably give the workshops a miss to go and see the different costumes and merchandise. The publisher stands at YALC are meant to include a few freebies - so will definitely be having a look around those!
Book Bag Essentials:
I've been to a few smaller book festivals before, and I always take along  copies of the author's books, stationary and a notepad and something to take pictures on - whether it be my camera or a phone. For YALC, though, it's on a much larger-scale, so I have plans to pack chocolate to keep my energy levels up! 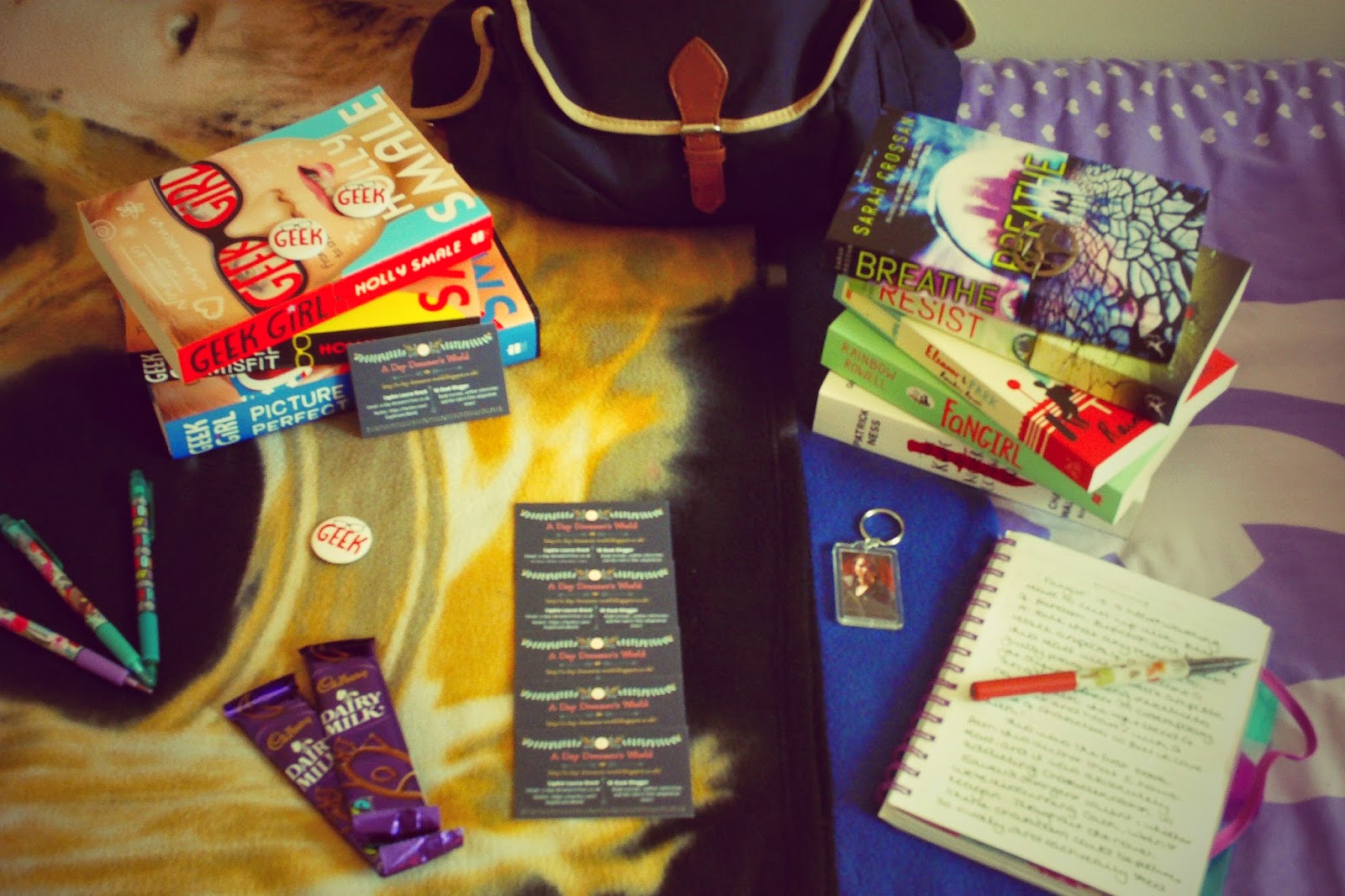 Geek Girl Series/Badges(from publisher)/Rucksack/The Knife of Never Letting Go/Fangirl/Eleanor and Park/Resist/Breathe/Mockingjay Pin/Stationary/Cadbury's Chocolate/Business cards/Hunger Games key ring/Notepad
I'm going to be covering my tote bag or rucksack in my Geek Girl badges and Hunger Games merchandise(the closest I will be getting to cosplay), whilst trying not to fall over with the weight of the hardbacks. Also, I'm packing my Kindle, which can also be used to quickly tweet any bloggers who I can't find, rather than using a megaphone like I suggested to Charli from To Another World. The exhibition hall will be full of people working in publishing this weekend, and there was no better reason to order my first set of business cards; which I'm quite sure I've fallen in love with. The design perfectly represents my blog and the way I write, so I'm excited to hand these out. 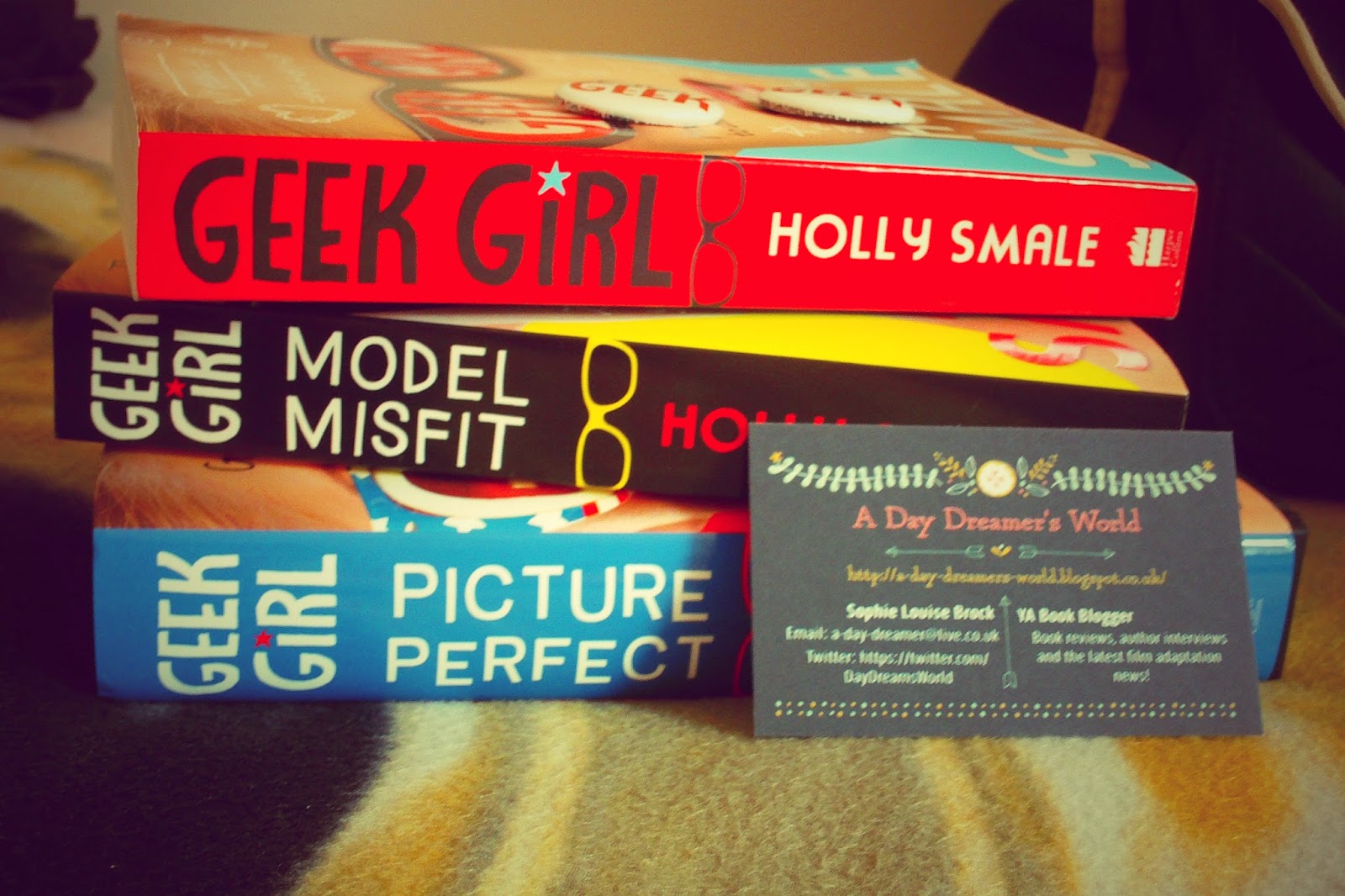 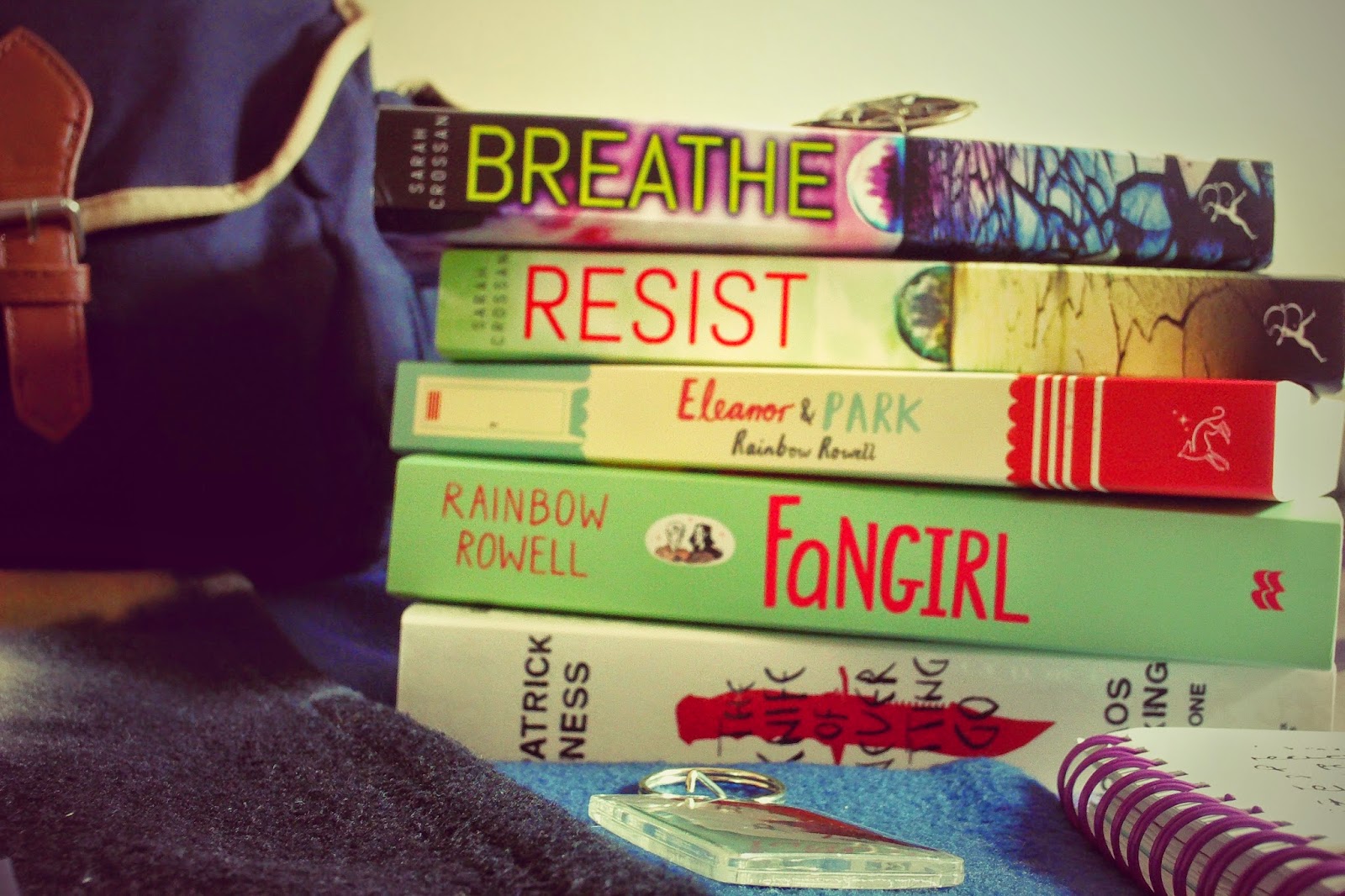 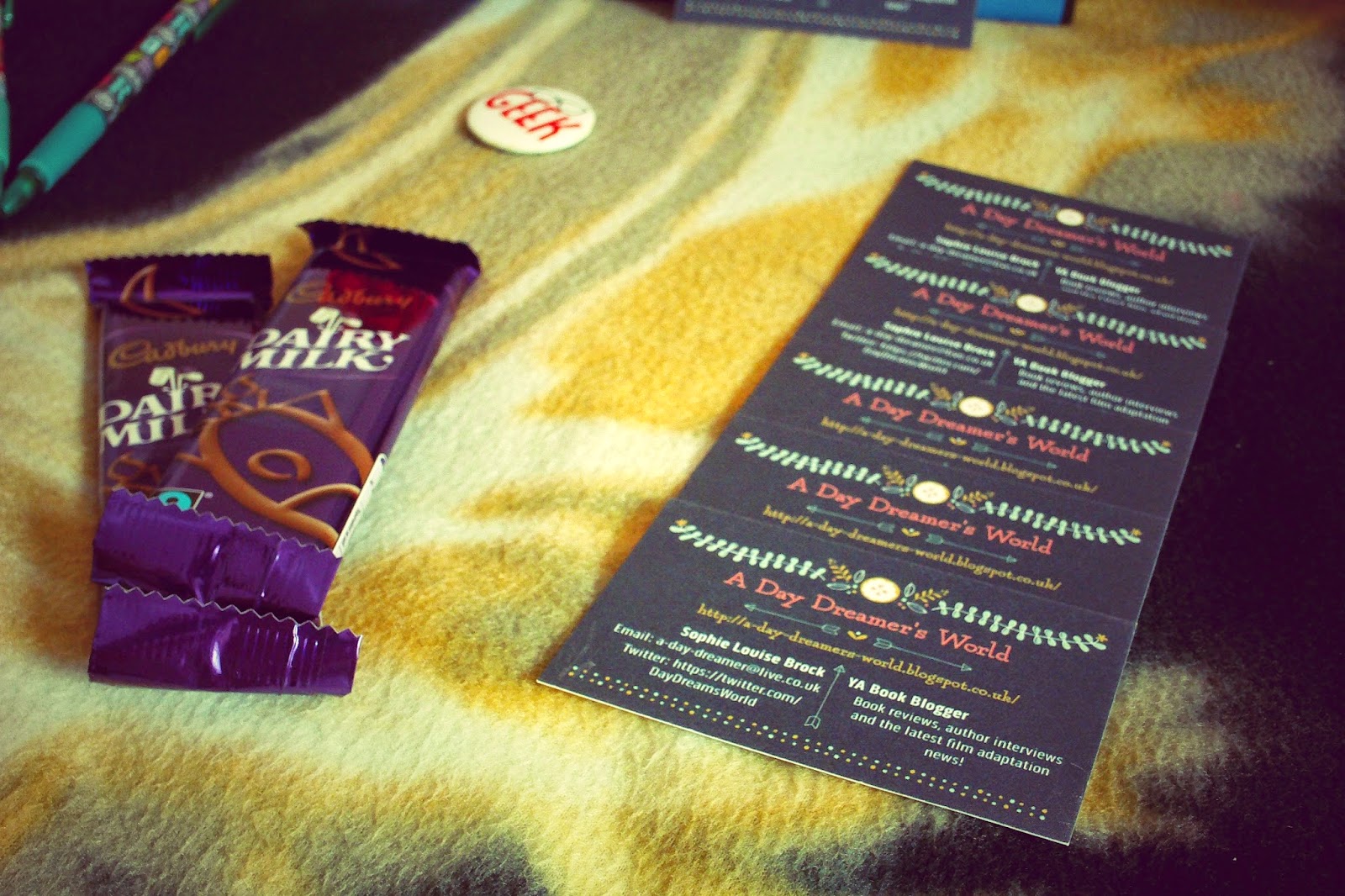 Chocolate/Geek Girl badge/Business cards
Are you going to YALC?
What are your book bag essentials?
Tell me in the comments!
Please note that all pictures belong to Sophie Louise and should not be used without permission.
Posted by Unknown at 9:07 pm