Recently, pet peeves have proved to be a discussion across all book blogs and Twitter, which got me thinking, what are they things that make me want to take out a red pen and cross-out when reading a book. Although I wouldn't, I was wondering when I may do this. 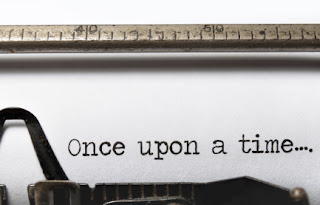 It all goes back to difficult names! I love the simplistic futuristic names, Peeta is one of my favourites from Young Adult Novels, along with the more Victorian-era names such as Beatrice and Viola making a re-appearance. I also adore names that I haven't heard before finding their way into books I have read because of course, they stay in my mind a lot longer: Celaena, Cassiopeia, Eden are all names I fell completely in love with. Although, every so often I find myself not being able to pronounce a name, or taking a guess to only find out I was completely wrong when a film comes out and corrects me. This is coming from the girl who pronounced 'Cinna' wrong throughout the whole Hunger Games Trilogy. I also find it frustrating when the name is complicated, and it keeps re-appearing. I found this a problem at the end of the Twilight series when the Cullen's went out in search for 'witnesses', and during a few of the names in Throne of Glass - although they were beautifully. I think having a character with a memorable name is important, but I would like to see that I can say the names. Simplistic but Memorable.
Another one of my Pet Peeves is bad-proofing. Am I the only who is see's a mistake and wants to correct it? I never know what it is about the bad-spelling, maybe it's the fact we are constantly taught in school to check over our work, and then we find mis-prints in our favourite novels? I do though, love reading proof-copies because most of the time, they are really strong. I hate it when a missed out apostrophe or when there's one small spelling mistake, because it can ruin what is almost a perfect read. 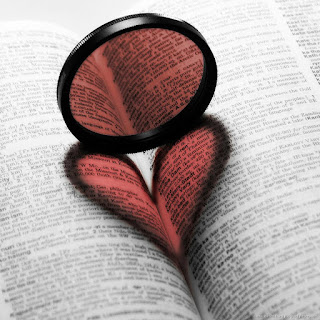 I am a person who loves switching POV's. Any book with switching POV's and I want to read it, as I love to completely understand the world it's set in, and see it from another characters perspective. But, it's when there is nothing to show you have switched the point of view the novel is told by, or when there are so many it gets confusing, that this becomes one of my pet-peeves. Some of my favourite switching POV books are: Throne of Glass by S.J Maas, although this is told in third person so, it's very different, Hidden by Marianne Curley and Breathe by Sarah Crossan. I think sometimes there can be too many people telling a story, which I found was the case in 'The Fifth Wave' which I did enjoy.
When I get started with a brand-new book, I prefer to know as little as possible. Sometimes, even synopsis' can give away spoilers that I realise later on, would have ruined parts of the plot I didn't see coming! I found this with Hidden by Marianne Curley. While the blurb never told you what the main character Ebony was, on Goodreads the synopsis gives it away, when most of the first half of the book is spent with her discovering this. If I had known, it would have taken away the suspense, so most of the time I think it's better to know nothing. I also didn't know, being as oblivious as I am, that Tris chose Dauntless in Divergent(Although it's in one of the first chapters) and that Prim got chosen at the Reaping. When a synopsis gives away too much, you can't help wishing you hadn't read it.
One of my final pet-peeves are love-triangles. I did a post on this a few months ago and the way I have a love/hate relationship with them. I sometimes feel like the author has just thrown one in because they can, while other times I applaud the author for them being so well-written and executed. Although, I find, since there are so many, it's an over-load. I have many favourite love-triangles, and love pondering over what time I am on, but sometimes a love-triangle can take over what the actual plot is about. Other times, the love-triangle is like a whole separate novel itself.
So, What are your YA Novel pet peeves?
On Sunday, I will be talking about books I'd like to see from another character's perspective and then I'm off on a Blog Hiatus for a few weeks!
Posted by Unknown at 10:27 pm

Email ThisBlogThis!Share to TwitterShare to FacebookShare to Pinterest
Labels: Pet-Peeves