This is a post I really wanted to write since I'm on a night's break from Revision. I've been thinking a lot lately about what books I would love to see from another characters' perspective. I always seem to think, when a character makes a sudden reappearance, "Where have you been?" or "What happened?". Have you got any books you would like to see written from another point of view? I certainly do!


The Hunger Games Series by Suzanne Collins(Peeta & Gale's perspective) This is a tough one, as I would like to see all of the books from different perspectives but, I think the main one for me would be to see Peeta retelling the tale of the 74th Annual Games. I would love to see how he was able to escape Cato, how much he loves Katniss and how he was able to camouflage himself in the mud. He has such a gentleness to him, I'd like to see his point of view of being chosen for the games. 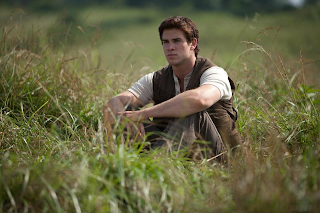 As for Mockingjay, I would devour a book from Gale's perspective. For people who have read the series, wouldn't you want to know what part he played in the heart-breaking run-up to the ending? I still want to know what thoughts went through his mind, and if anything was it all his fault.
Small Blue Thing by S.C Ransom(From Callum's perspective) Small Blue Thing is such a beautiful romance story, and Callum(who is a Dirge stuck in a half-life on misery) would be a brilliant character to get to read about. I would love to dig-deeper into the world of the Dirge's. I found the whole concept so interesting throughout the series, I think being able to find out more about the secrets of St Pauls Cathedral would be amazing. What about the moment he realises Alex has found the amulet, and he has a chance of freedom? I want to read this!
Divergent/Insurgent by Veronica Roth(Jeanine Mathews Novella) I wouldn't like to read a whole book from Jeanine's perspective but, I'd be first-in-line to purchase a novella. Getting inside her mind and seeing why exactly she decided to control the factions the way she does would be so interesting. Or maybe the novel from Caleb's or Tori's point of view, I think they are such complex characters, I mean, why did Caleb pick Erudite? The mysteries of novels! Who knows, maybe we'll find out in Allegiant!
The Fault in Our Stars by John Green(From Augustus Waters' perspective) It's hard to mention his name without feeling your eyes brim with tears but wouldn't a The Fault in Our Stars novella from his perspective be so touching. There is so much wisdom when it comes to Augustus and he can see the brighter side of everything. I'd love to read his words, they would be a masterpiece! And John Green I'm sure would be able to write this!

Beautiful Creatures by Kami Garcia and Margaret Stohl (All with Ridley Duchannes) It would be difficult to have the whole plot told by her, but how evil(and I admit, fun) would it be to read from her POV. All the mischief and plans she makes. It would be a fast-paced, and slightly scary, but completely worth it read!
Geek Girl by Holly Smale(From Lion Boy's Perspective) Can you imagine how hilarious it would be to read Geek Girl from the boy Harriet meets under a table? His reaction when she started to try to explain herself would be priceless and have tears streaming down my face from the laughter and then the moment he finds her hyper-ventilating into a crisp packet. When you need a light-hearted and fun read this would be perfect. I completely fell in love with Harriet, Lion Boy and Toby of course and anymore I could grab from this cast would always be worth the read! Imagine if he felt as embarrassed as Harriet did!
What books would you like to read from anther POV?
Posted by Unknown at 8:18 pm